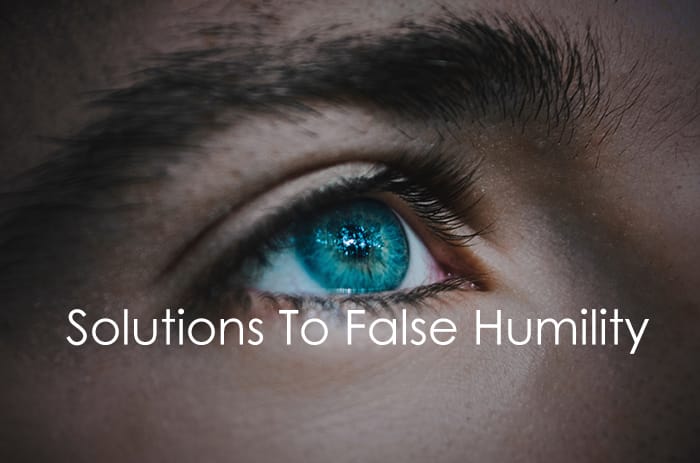 Humility is the act of self-forgetfulness. Modesty is NOT low self-esteem, but a mindset aware of the world instead of obsessing over oneself. Arrogance is seeing mirrors; humility is seeing windows.

Humility is not the opposite of pride. Rational pride is the mindset of acknowledging one’s value, talents, and accomplishments. For example, it takes mental and physical effort to learn how to fix cars as well as an ability to work smart, deal with discomfort, and remain focused on the task. If a man dedicates his life to learning about auto care, he should be proud of his efforts as well as his skills because they were hard won. He did not gain his mechanical knowledge by sitting around all day – he had to sacrifice short-term comforts, build his willpower, and sharpen his focus. All of these tasks are neither easy nor automatic. Thus, he should be proud of what he has done. 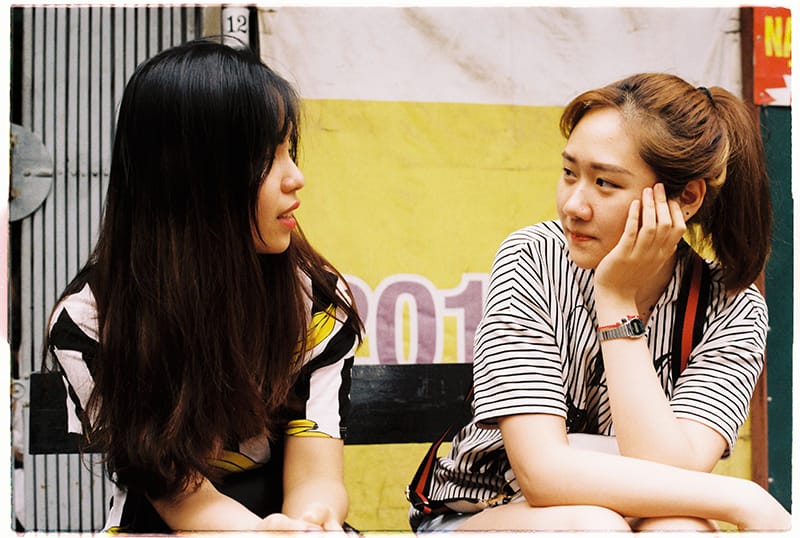 Learning how to communicate with others can help anyone overcome arrogance.

However, arrogance is an over-inflation of one’s importance or abilities. Being an expert mechanic, for example, does not make one an expert psychologist and it is arrogance to pretend otherwise.

False humility is the usage of manipulation to garner support and respect. Through the humble brag, self-deprecation, and the artist’s lie, individuals utilize fake modesty to gain the admiration that is due to people who are genuinely modest.

I want to look at two things: firstly, how do we deal with other people who are falsely humble? Secondly, how do we overcome our own false humility and become better individuals?

How to Respond Respectfully to False Humility

I have three main techniques when dealing with the falsely humble: ignore, direct but supportive talk, and critical engagement. 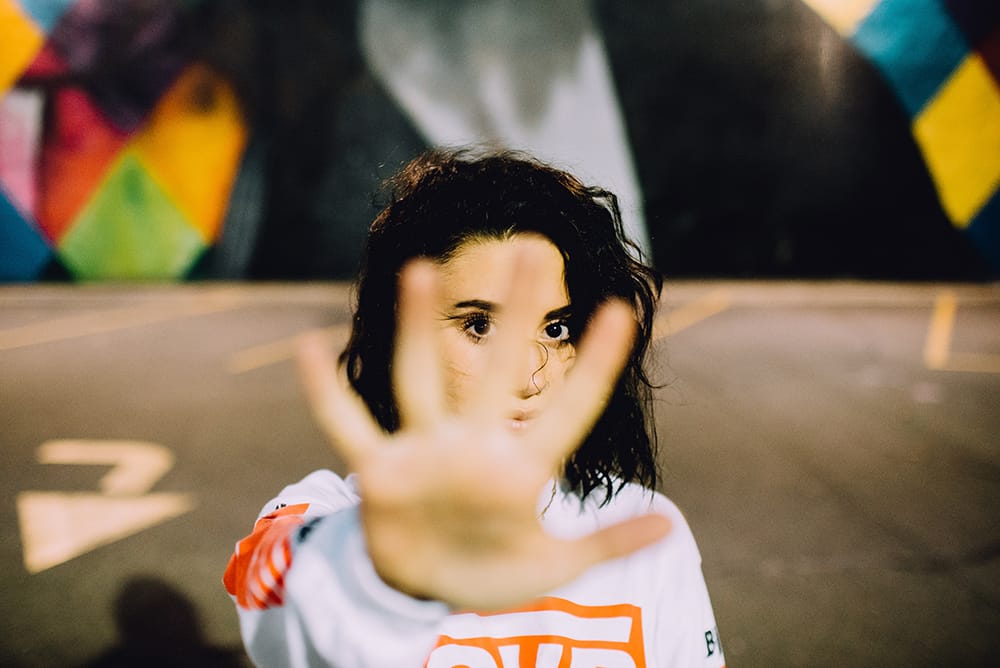 The best way to deal with a humble brag is to ignore it.

The humble brag is when the speaker puts themselves down while really building themselves up. For example, Chad states, “I’m a pretty ugly dude. It sucks that my wife has to settle for my six-figure salary.” Chad attempts to be humble (in a poor way) by downplaying his looks. However, he follows this comment with how much money he earns.

Chad’s goal is to impress the listener with his fake modesty while highlighting his accomplishments. We should focus on ignoring his humble brag. What Chad wants is validation: “What? You’re not ugly!” “Six-figures? Wow, what do you do for a living?” “Ha, you may be ugly, but you still hit the gym, right?” All these comments feed into Chad’s ego, and my goal is to move the conversation away from Chad (which a humble person would do, i.e., talk about something other than themselves).

I would ask Chad: “I didn’t know you were married, what does your wife do?” I’ve moved the conversation away from Chad and his ego and toward his wife. Now Chad has to think about someone else by discussing his wife’s life instead of trying to meaninglessly earn my admiration. Self-deprecation must be met with supportive but stern communication.

Self-deprecation involves being overcritical of oneself in order to gain sympathy. Bob may be ashamed of his size, so he makes fun of his weight so everyone around him can declare, “It’s alright, Bob, you’re a good guy.”

However, if an individual truly wishes to change, they need to be pushed to improve. If Bob doesn’t care about his weight, then he shouldn’t demean himself about it. However, if Bob is truly bothered by his weight, then insulting himself will not solve the core issue. The problem with self-deprecation is that it incentivizes us to maintain our current character flaw instead of seeking ways to resolve the deficiency.

Bob needs to hit the gym, diet, and take better care of himself. Insulting himself for sympathy will not help him overcome his weight problems. For example, if Bob tells me, “I’m such a fat loser. I can’t seem to get a girlfriend.” I won’t say, “Ah, Bob, it’s okay, you’ll find someone someday.” I will instead state very clearly, “No woman is going to be with you if you keep putting yourself down. I have noticed that you dog on your weight alot. Have done anything to try to lose it?” 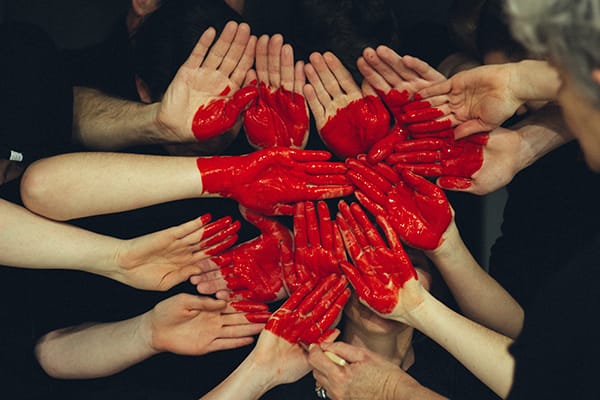 What I’m trying to do is cut past Bob’s narrative and focus on solutions. If we are bothered by a particular flaw, especially a character flaw, then we need to resolve the deficiency. Beating ourselves up will not address the core issue. Bob can put himself down all day, and everyone can sympathize with him, but he won’t be any closer to losing a single pound.

This technique requires a delicate approach and can’t be utilized when someones is on the edge. But if a friend is commenting on his weight or lamenting her poor fashion choices? Then ask them questions that lead to the process of critically considering resolutions. Don’t just put a hand on their shoulder and offer sympathy – help them create solutions so that they can live better lives. Critically engage with others to help them see their value.

The artist’s lie deals with the avoidance of respecting one’s abilities and acknowledging one’s accomplishments. Artists love to say phrases such as, “Anyone can do what I do” or “I just threw this together.” Such statements show a disregard for the craft as well as the artist’s ability in order to display false humility.

The goal is to cut through this nonsense. If a YouTube star, for example, says, “Anyone can do what I do.” The answer shouldn’t be a false acceptance of such a patently ridiculous statement but a strong pushback: “So anyone, despite not having the charisma, video editing skills, or original ideas can do what you do? Even if it takes more than 15 hours to create one video?”

The goal is to reveal how patently ridiculous the artist’s lie is. Art requires talent, skill, and dedication. Being able to write, direct, draw, etc. requires hard work and effort to master.

And people need to know this. Admirers of different artists should know that they can become just as talented as their hero if they are willing to work for it. What’s toxic about the artist’s lie is that it dishonestly appeals to the ego of the listeners instead of challenging them to improve. When artists say “anyone can do what I do” they’re half right. They simply need to follow it up with “if you’re willing to work for it.”

How to Achieve True Humility 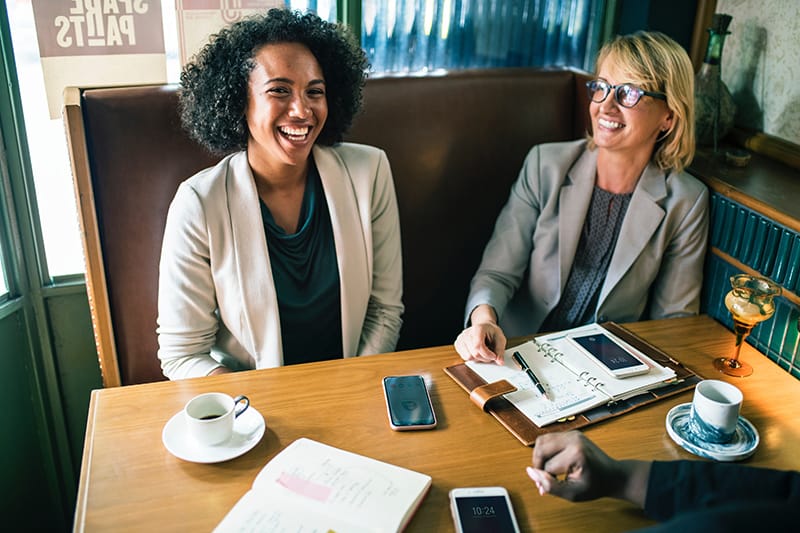 Learn to enjoy your work.

We have to have pride in what we do. Similar to selfishness, ego has caught a bad rap from our collectivist-minded society. However, when we work hard to accomplish a goal by defeating our shortcomings, we should be proud of our efforts.

So be proud of your skills and creations. When you create a perfect piece of art or finally master auto repair then pat yourself on the back. These actions require self-improvement that is very difficult to sustain. Additionally, very few people walk the path of mastery. By developing a rational pride for your abilities, it becomes easier to celebrate your accomplishments and avoid the pitfalls of the artist’s lie.

Learn how to respectfully discuss your accomplishments

Discussing our accomplishments can be difficult because we want to avoid arrogance. Arrogance is a dangerous mindset because it can overinflate our abilities and ensure we will become delusional.

Therefore, it’s crucial to learn the art of self-promotion. Speak on what you have done while mentioning the people and circumstances that have helped you achieve your goal. This balance ensures you’re honest as well as humble. For example, when discussing a project you finished, mention the help your team gave in various points of the project.

If you did a project alone then highlight who inspired you or the people who helped you in your personal life. Never lie about your efforts or what you did. Speak firmly about the sacrifices you made, but don’t focus on those elements. Speak well about others by showing gratitude to the virtuous people in your life. This helps you avoid the humble brag. 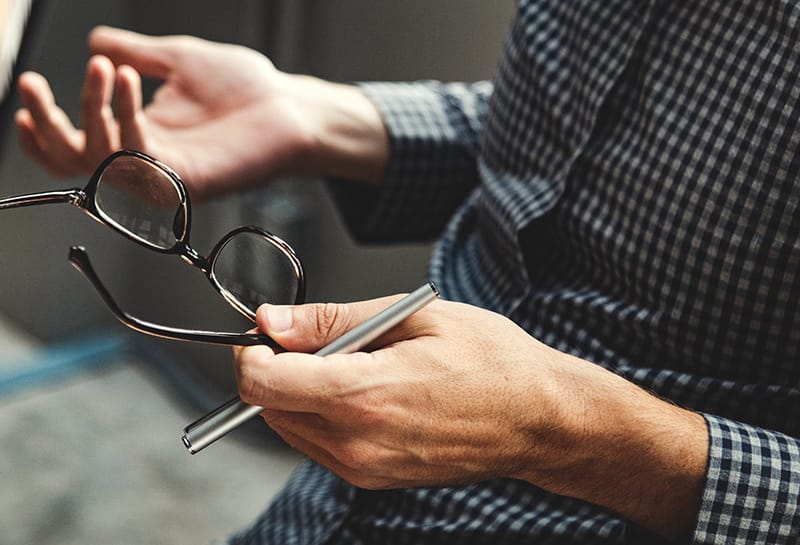 Develop pride in your abilities.

A significant reason for false humility is feeling ashamed for spending too long on a project. However, such a mindset is dangerous. It takes time to learn a skill or complete a task. You may take longer to master drawing than others. Who cares? Do not let the work and abilities of others define how much you love or appreciate your work.

Enjoy every process, difficulty, and struggle. When we learn to enjoy the struggles involved in creating or in achieving mastery, then we’re less likely to be falsely humble. We will have nothing to be ashamed of, and we’ll take pride in our efforts, instead of shame in our inefficiencies when compared to others. This technique is excellent at combating self-deprecation. Stop seeking perfection. No matter what we do, none of it will be perfect. Accepting the imperfection of our lives will ensure we will feel less insecure when criticism comes around.

The artist lies about his abilities because he doesn’t want anyone to take him seriously and thus criticize his work. The humble bragger builds himself up because he is ashamed of his shortcomings and his inability to overcome them. The self-deprecator mocks themselves to avoid engaging with criticism that would force them to push past their comfort zone.

Seek criticism from rational, hard-working, and virtuous individuals who are invested in your growth. Take this criticism with honesty and dignity: the goal is not your ego but mastery.

True humility is rooted in understanding your value while acknowledging the people who have helped you become a virtuous person. Never bring yourself down or sell yourself short.

Lastly, understand that you aren’t perfect. Keep pushing yourself to bigger and better places. Do not sit around content with the way things are – keep going forward.