They Lie To Themselves

Today, I want to cover why people lie to themselves and how this dishonesty harms society.

They Lie To Themselves 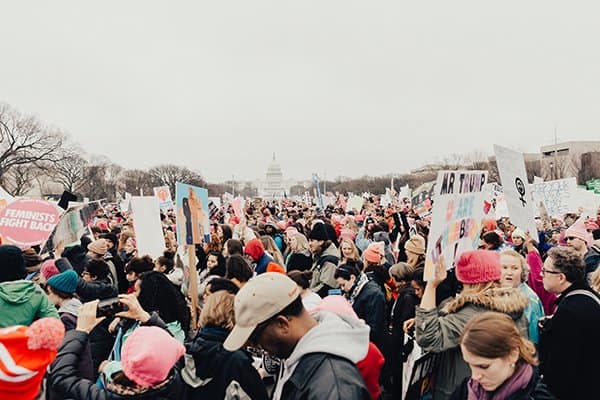 Culture is madness. Society is not a replacement for virtue or morality.

“The reason I talk to myself is because I’m the only one whose answers I accept.” – George Carlin

If you’ve lived for more than five minutes, you’ve watched people contradict themselves. For example, a person may mention how they want to lose weight. However, this person will do the opposite, such as eat fatty foods or avoid all gyms.

This contradictory nature extends to all people, including you and I. Further, individuals may lie to themselves at their detriment. An out-of-shape person who lies about their desire to get in shape will succeed in undercutting their happiness. Why? Because they are not living life rationally, and their lack of honesty will undermine their trust in themselves.

Further, the less self-aware we are, the more dangerous, ridiculous, and pathetic our contradictions become. Additionally, lying to ourselves becomes more perilous the bigger the crowd.

For example, many people believe the national debt is necessary to help build a future as well as help those in the present. Nevermind that debt undermines our collective ability to accumulate wealth and plan for the future. Or, the fact our society, even with trillions of dollars in debt, cannot solve straightforward issues such as homelessness and hunger.

Despite this failure, our society marches on, telling ourselves the same lies over and over.

Why Do People Lie To Themselves? 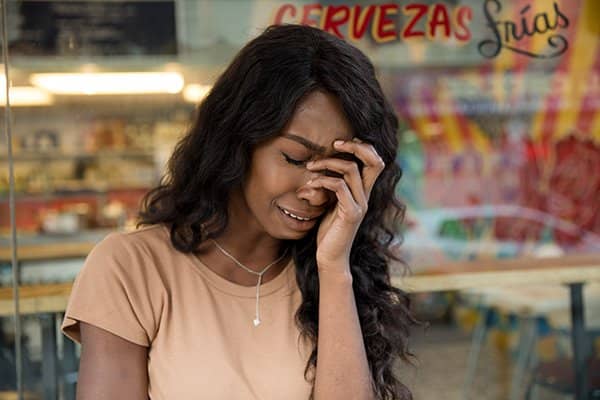 Culture is built on lies that will drive you insane.

We can break down why people lie to themselves into three main categories:

People lie to themselves to achieve virtue while maintaining comfort. This lying does not objectively improve anything. Lying gives the illusion of growth as well as the ability to escape shame and pain.

Additionally, self-delusion does not magically make things real. For example, you won’t go to the gym just because you lie to yourself about your intentions. Or, the national debt doesn’t become rational and moral because we refuse to accept our collective greed.

Below, I’m going to break down the ways people lie to themselves. These three categories can give you insight into the insanity of others. This insight will help you remain objective and detached when you see contradictions in other people. 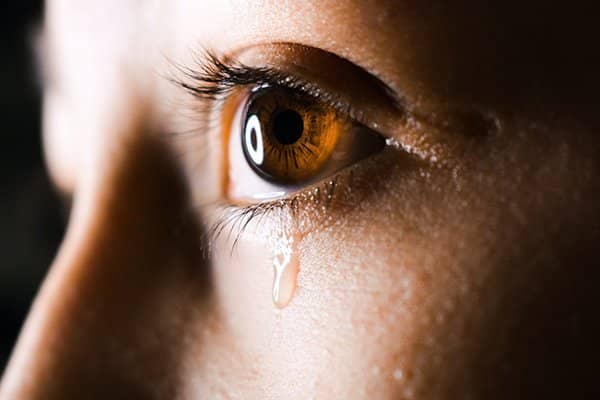 Collectivists desire power over everyone at the expense of individual happiness.

People lie to secure power. Such tactics are more transparent on the political side of life. However, weak individuals will also lie to themselves to achieve control.

For example, people lie about the stability of our systems. Why? To secure power over the populace. The citizenry will gleefully lie about the effectiveness of debt, taxation, and regulations. Such government necessities, we are told, allows us to plan for the future and help the most vulnerable. Of course, such government programs only increase debt, devalue the dollar, and hurt the poor and unborn. However, as a society, we lie to ourselves because we enjoy the power we have over the future of others.

Lying to serve the expansion of power is nothing new. Therefore, as an individual, I urge you to remain emotionally stable. Yes, it is frustrating that our society is falling apart, and everyone is busy patting themselves on the back for their “bravery” and “charity.” However, you need to turn away from the smiling, delusional masses.

They are wrong and will always lie to themselves. You can shout at the masses, but your voice will be buried. Therefore, improve yourself, help the virtuous, and practice political action, such as voting, only when necessary. 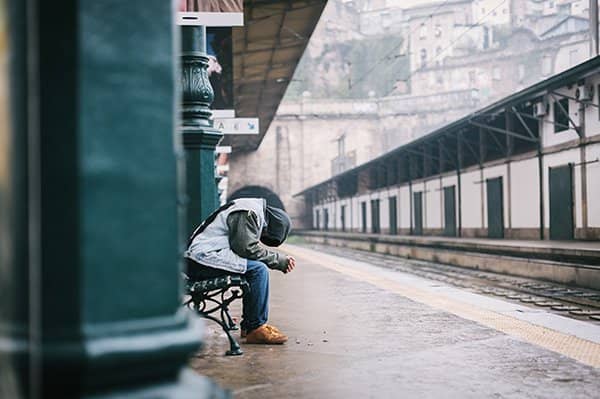 Lying does not give you access to moral legitimacy.

People lie to themselves to gain virtue without losing comfort. Admittedly, this reason for lying angers me the most. Virtue is reserved for the great and willing; it should never be tarnished by the deceitful and lazy.

For example, a weak individual may complain about the evils of a corporation. As an individual, if I was bothered by the ethical practices of a corporation, I would decrease or eliminate my spending at the corporation. I know I could do more, including protest, but if I don’t start with subtracting my monetary support, then my complaints mean nothing. Additionally, reducing my engagement with large businesses will reduce my comfort, but give me moral peace in the long-term.

However, weak individuals will not reduce their comfort. They will complain about the evils of corporations while spending money at these businesses. They will not redirect their funds toward local businesses, nor will they reduce their spending on non-essentials. Why? Because they don’t want to lose the comfort corporations provide. However, they will still protest as loudly as possible to show their opposition.

Morality and virtue require a reduction in comfort. If you are unwilling to sacrifice comfort to become more virtuous, then you do not care about virtue. Deceit does not change this reality. Despite this, weak individuals will continue to lie as often as they can, so they can keep their comforts while enjoying their counterfeit virtue. 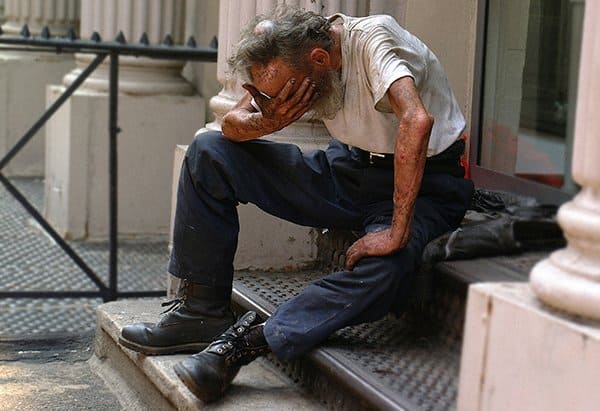 Lying produces a broken society, incapable of helping the most vulnerable.

Lastly, people lie to themselves to cover the shame they feel for past mistakes or actions. This version is the saddest and most pitiable. However, such lying has long-term, negative results.

For example, the wars in the Middle East haven’t produced anything worth celebrating. The Middle East is destabilized, hundreds of thousands of civilians and soldiers were killed, corruption runs amok, and the wars have cost trillions. Over a decade of combat has produced little.

However, we lie to ourselves. We say, “the war was necessary” or “we had a strategy” or “we got the bad guys.” Why do we lie? To avoid the shame of having to acknowledge the war was poorly conducted, and our efforts have led to more pain and suffering.

Let’s take a more personal example. A woman may feel shame for moving from man to man. She may struggle with settling down and can’t seem to find anyone of value. The rational response would be to engage in self-knowledge and explore her history. However, this woman is ashamed of her past, so she blames the external world.

Her blaming of others and lying to herself doesn’t help her grow or mature. She will never find a partner who will care for her because she refuses to acknowledge her role in her poor choices. Her quest to hide her shame will not resolve her dating issues.

As I said, such lying comes from pain, but the adverse effects can be endless. Hiding shame only undermines our ability to respond rationally to problems and provide meaningful solutions to the mistakes we’ve made.

We Lie To Ourselves To Gain What We Have Not Earned 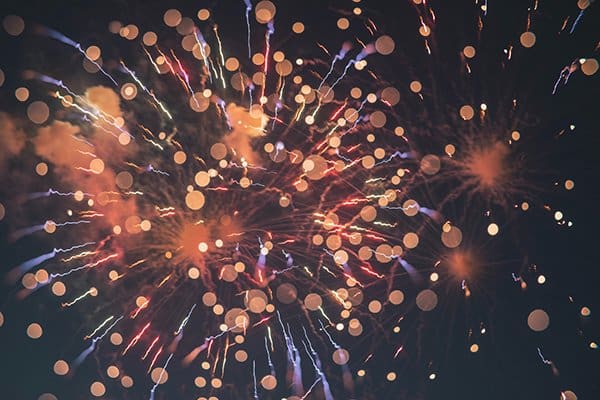 Lying produces madness and instability. We must avoid it on a societal and personal level.

“They take everything they can. Then, once it’s all gone, they demand applause.”

Do you see inconsistent behavior? You have to remember people lie to themselves. They have their reasons. However, the more aware you are of this fact, the more you can contain your frustration at the irrationality of people.

Next week, we are going to discuss how you can stop lying to yourself. As always, human sins and flaws are not contained in one group. As an individual, you must focus inward and do everything you can to prevent vice from ruling your life.

In the meantime, keep your head. People will do whatever they can to avoid virtue. Protect yourself from them and focus on becoming an individual.

The Evils Of Performative Suffering

Free from anxiety, pain, and fear

The 48 Laws of Power – The Tactics of the Power Hungry