The Ruling Classes, Mobs, and Elites Do Not Want You Strong 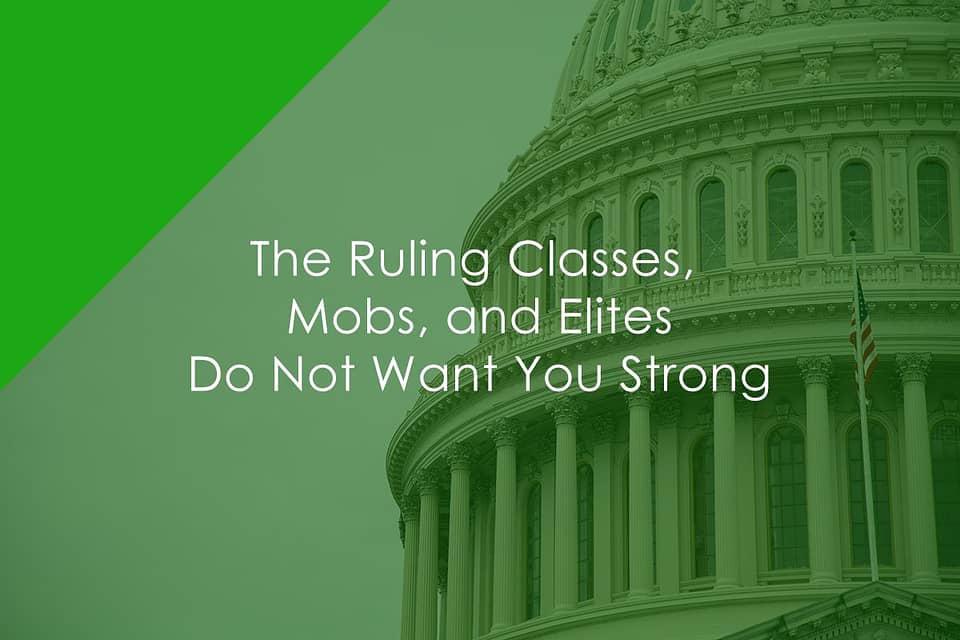 Today, I remind you that the ruling classes, greedy mobs, and smug elites do not want you virtuous, happy, and capable.

Who Are The Ruling Classes, Mobs, and Elites? 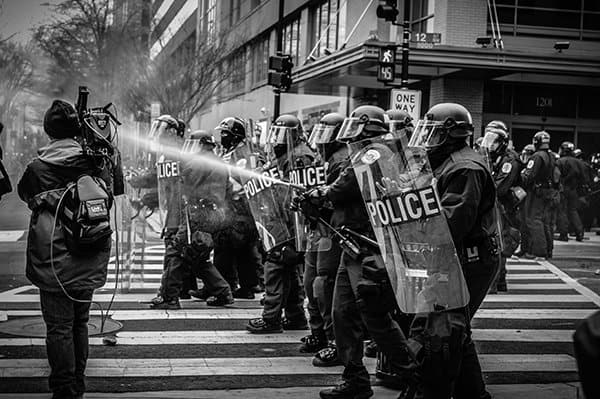 The ruling classes, mobs, and elites seek to control you, so you’ll serve their purposes.

“The permanent misfits can find salvation only in a complete separation from the self; and they usually find it by losing themselves in the compact collectivity of a mass movement.” – Eric Hoffer

The ruling classes are the government officials, both large and small. The mobs are the hoi polloi: the useful idiots who do the bidding of the ruling classes by snitching on their neighbors, burning down businesses, and buying mainstream narratives. The elites are a more diverse class made of entertainers, clergymen, businessmen, and others who have immense influence and power over society. The elites always use their influence for anti-individualistic, immoral, and corrupted ends.

Why Do They Need You Broken? 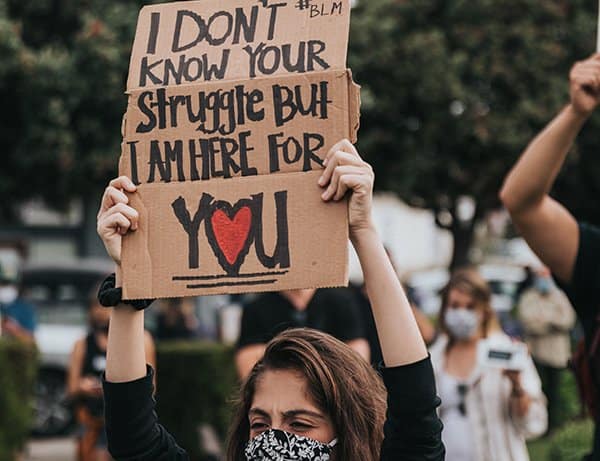 Broken people can be controlled. For example, if your life is unstable, you will turn to the ruling classes to pass laws and raise taxes to clean up your failings. Or, if you are weak-willed and unsuccessful, you’ll join the mob in hurting others, especially the virtuous.

Weak individuals will not expand their opportunities, take control of their lives, help their loved ones, or be productive members of society. Such a lack of contribution creates shame, fear, and uncertainty because weak individuals do not grow or contribute to the growth of others. The guilt this inaction causes is resolved externally by following a ruler, movement, or elitist.

How to Avoid Becoming a Slave to the Ruling Classes, Elites, and Mob

If personal weakness makes an individual susceptible to the malicious leadership of others, then the solution is to make individuals strong.

The ruling classes, mobs, and elites enslave you through poor habits, fear, anxiety, abuse, and intimidation. Therefore, your solutions must increase your opportunities, reduce your dependency on society, give you a clear purpose, and improve your wellbeing.

The advice below is broad. I have more detailed blogs throughout this website. However, the steps below are crucial to undermining the influence corrupt individuals and institutions have over you.

The mob arises from directionless individuals looking for someone to follow or something to do. When you have clear goals, you can define your life and set your path. You won’t need the ruling classes, elites, or mobs to tell you who you should be, what you should value, and what purpose your life serves.

When you do not depend on outside influence to determine your life, you will resist their calls of collectivism and hedonism.

Read the goal series to learn more about picking a life goal and determining the best ways to spend your day. 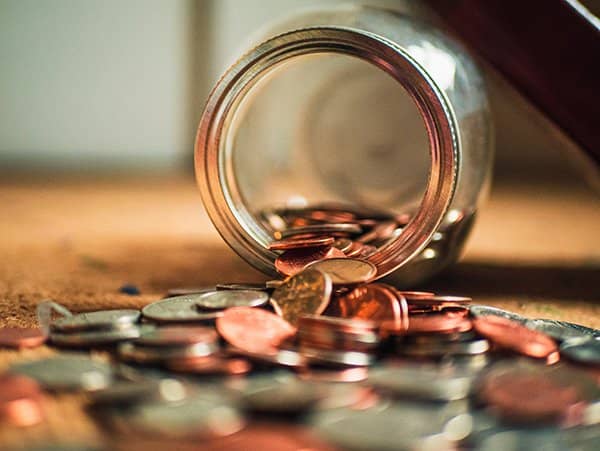 Control your money. Do not waste your resources on what isn’t essential.

Don’t spend more money than you have. Create a budget. When you control your spending, the elites lose control over your resources.

Frugality ensures you avoid corrupt corporations. Additionally, frugality keeps you from being broke, bitter, and desperate; the qualities of those in the mob.

Therefore, control your money. Invest your money in yourself and other virtuous individuals.

Health is foundational to individual improvement because you have to exist in the physical body you have. The better your body, the better you perform, and the less likely you are to give up and give in.

Therefore, eat well by establishing a meal plan. Focus on exercise by starting slow than ramping up. The better you eat and the more tired you are, the better you will sleep.

Better health leads to a stronger mind, decreased anxiety, and more energy. No more junk food means you decrease your dependency on the corrupt health system of the ruling classes. Eat less processed crap, and you undermine corporations’ bottom line. Better health gives you more confidence, and you won’t be another loser falling for the mob’s lies.

“A nation of sheep will beget a government of wolves.” – Edward R. Murrow

The mainstream media sews division, undermines truth, and destroys your confidence in the future. If you don’t believe a better future is possible, you will run to the first tyrant promising an easy life.

Therefore, turn off the news. Let it go. You’re missing nothing but lies and half-truths.

5) Stop believing government cares about you 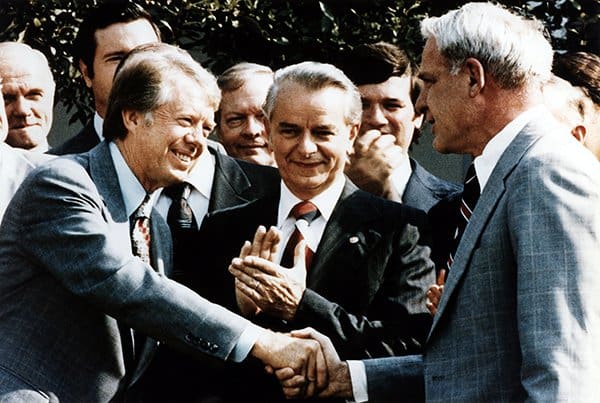 The government is focused on accumulating power at the top. They don’t care about you. You are responsible for saving yourself.

The national debt, crippling regulations, national shutdowns, poor schools, broken roads, homelessness, and so on show the lack of concern the people within the government have for individuals, especially those in need.

The ruling classes are wealthy, and we have little to show for it. The sooner you accept the government doesn’t care about you, the quicker you can let go of believing in the benevolence of the ruling classes. Letting go doesn’t solve everything, but living honestly will make your life better by allowing you to see things clearly. 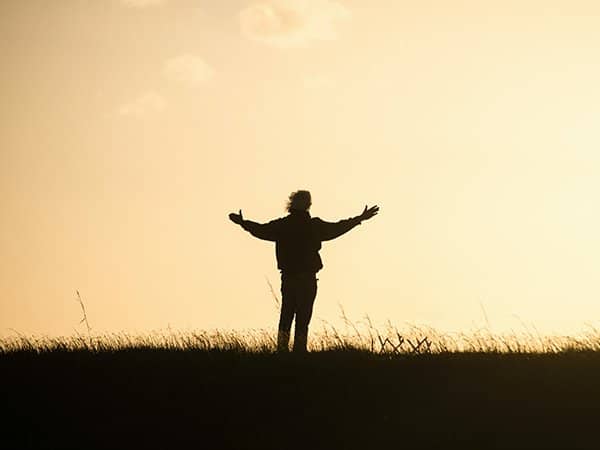 Freedom is responsibility. But within responsibility, you have the power to make everything better for everyone, especially yourself.

“You have a lot more power than you are giving yourself credit for. Please embrace it.” – Queen Tourmaline

Personal power does not benefit the ruling classes, the mobs, or the elites. Thus, they oppose your physical strength, new skills, and reduced vices.

None of these groups will defend you when life inevitably worsens. The government will not take care of you in your old age, the elites will not help you when you’re broke, the mob will not listen when you need someone. They do not care about you. They never have, and they never will.

So the best way you can mock and reject them is to become a strong individual.

How To Deal With Weak Individuals

You Don’t Have The Luxury of Incompetence

Why I Will Always Remain An Individualist