Why You Should Read The Romantic Manifesto 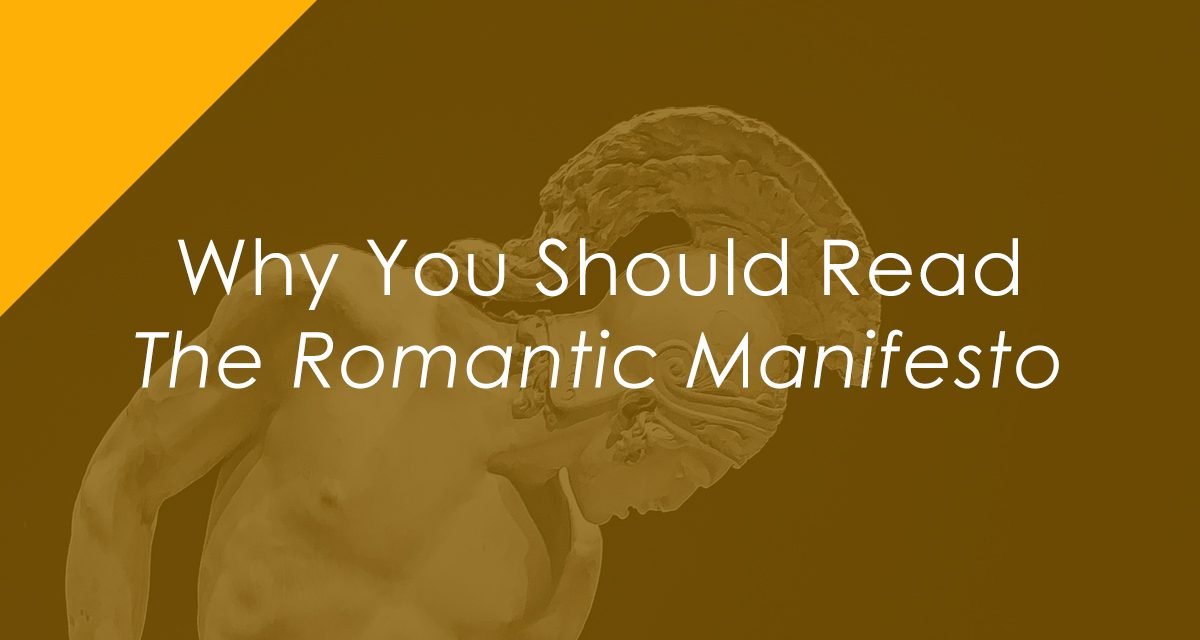 This week, I discuss The Romantic Manifesto by Ayn Rand and why you should read it.

Summary of The Romantic Manifesto by Ayn Rand 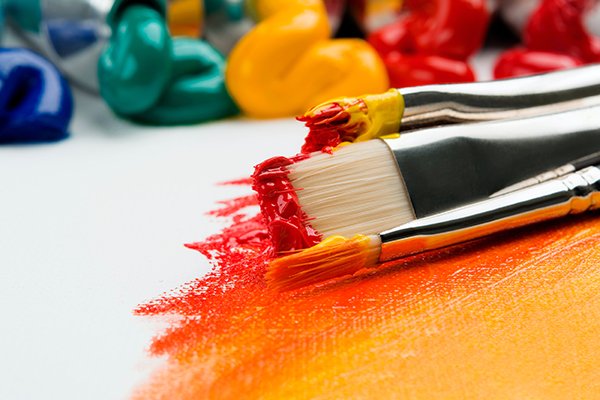 Art is a crucial aspect of life. You cannot live without consuming the creative pursuit of others.

Firstly, Rand argues that art reveals the soul of a man. When you consume or create art, you put forth your value system to the world. One’s craft cannot exist separate from one’s philosophical beliefs and personal desires.

Because of this lack of separation, the stories a society tells reveal the health and wellbeing of that society. Rand accurately highlights how a depraved, broken society will depict man as broken and monstrous in plays, songs, and other artistic pursuits. Whereas a healthy, happy society will display man as heroic and virtuous.

Secondly, Rand believes art should elevate man and idealize the human spirit. Art that does not do this is not worthy of consideration and should be ignored.

The best value this book brings is helping individuals understand the value of art, its purpose, and how to find and consume works that elevate your soul.

“Hence the sterile, uninspiring futility of a great many theoretical discussions of ethics, and the resentment which many people feel towards such discussions: moral principles remain in their minds as floating abstractions, offering them a goal they cannot grasp and demanding that they reshape their souls in its image, thus leaving them with a burden of undefinable moral guilt.”

“Love is a response to values. It is with a person’s sense of life that one falls in love—with that essential sum, that fundamental stand or way of facing existence, which is the essence of a personality.”

“The basic purpose of art is not to teach, but to show—to hold up to man a concretized image of his nature and his place in the universe.”

“The writer who develops a beautiful style, but has nothing to say, represents a kind of arrested esthetic development; he is like a pianist who acquires a brilliant technique by playing finger-exercises, but never gives a concert.”

“One falls in love with the embodiment of the values that formed a person’s character, which are reflected in his widest goals or smallest gestures, which create the style of his soul—the individual style of a unique, unrepeatable, irreplaceable consciousness.”

“Romanticism demands mastery of the primary element of fiction: the art of storytelling—which requires three cardinal qualities: ingenuity, imagination, a sense of drama.”

“The Romanticists did not present a hero as a statistical average, but as an abstraction of man’s best and highest potentiality, applicable to and achievable by all men, in various degrees, according to their individual choices.”

“Philosophically, Romanticism is a crusade to glorify man’s existence; psychologically, it is experienced simply as the desire to make life interesting.”

“A cardinal principle of good fiction [is]: the theme and the plot of a novel must be integrated—as thoroughly integrated as mind and body or thought and action in a rational view of man.”

“The novelist must discover the potential, the gold mine, of man’s soul, must extract the gold and then fashion as magnificent a crown as his ability and vision permit.”

Art is the way a man expresses his values, philosophy, and purposes through mediums that entertain and evoke a feeling of wonder and beauty. Art is impossible to separate from one’s value system. The art you create or consume shows the world what you love and believe.

For example, a man obsessed with “realistic” works mired in cynicism, death, and suffering shows his principled hatred of humanity. Can we be shocked when such a man is revealed to be petty, selfish, and arrogant?

Furthermore, as Ayn Rand highlights in her book, the culture a society produces reveals everything you need to know about its soul. If you want to understand the healthiness of a society’s philosophy, you don’t pour over GDP or look at test scores. You see what crafts are produced, and, more importantly, promoted.

Our bad art exemplifies and justifies our pettiness. For example, our current culture celebrates “realistic” anti-heroes, redeems the past of objectively evil characters, and portrays every person with personal power as an idiot and bully. Is it any wonder our culture is anti-individualistic, hedonistic, and lost?

The Importance Of Art

The Romantic Manifesto reveals an elementary truth. We cannot live heartily with poor art because bad art makes unhealthy men. Although all crafts cannot be as groundbreaking as Shakespeare, uplifting as Superman, or poignant as Atlas Shrugged, it matters that creators travel a virtuous path.

However, many philosophers and commentators don’t care about creativity, seeing it as distracting, childish, or irrelevant. Our focus, they argue, should be the number of people in the pews, the economy, or the family. All these factors are essential, maybe even more important than creativity. But art inspires individuals or can show them the manifestation of the good life within fictional worlds.

Why would a man be inspired to go to the pews if all his favorite actors and writers told him religion was silly? Why would the economy matter if every businessman was portrayed as a greedy sleazeball? Why would people start a family if the father was always a buffoon, the family seen as oppressive, and the whole exercise a pointless endeavor?

Art influences people. Individuals should never ignore it or consider it a mere distraction.

Why You Were Not Exposed To A Book Like This 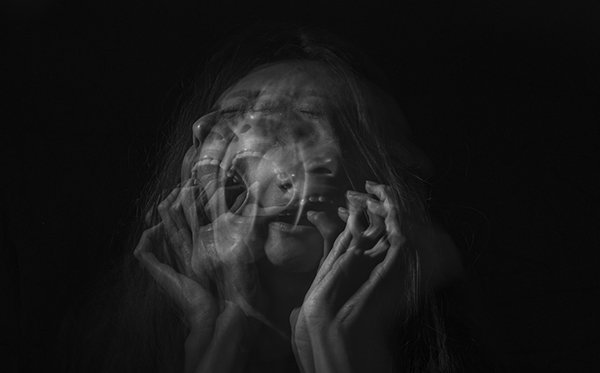 It is important to fill your soul with the things that uplift you. Avoid bad art that advocates for evil, mediocrity, and brutality.

Everyone criticizes Ayn Rand. It took me too long to understand why, but the answer is so simple. Ayn Rand advocated for the individual. She stressed that man is responsible for living a virtuous life full of purpose, productivity, and meaning.

Ayn Rand wrote extensively about creativity for this very reason. She spoke at length on economics, philosophy, objective truth, and other complex, necessary topics. But she also devoted considerable time to understanding culture and how it influences a man and reveals his soul to his peers.

Bad art will corrupt your mind and drive you away from virtue. The importance of art can’t be overstated: you need to consume works where the heroes win, where the themes are humanizing, and the characters are virtuous. These works are not “boring.” They represent the creative, fictional embodiment of your highest values and desires.

Don’t discount creativity’s importance. Do not play the fool. Good art is crucial to your success. Don’t ignore it. 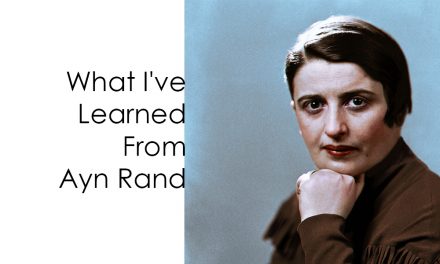 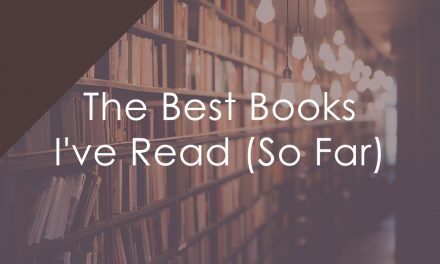 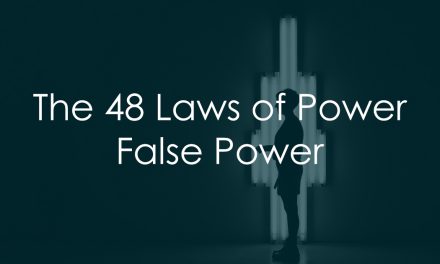 The 48 Laws of Power – False Power