Outliers by Malcolm Gladwell | What I Agree With 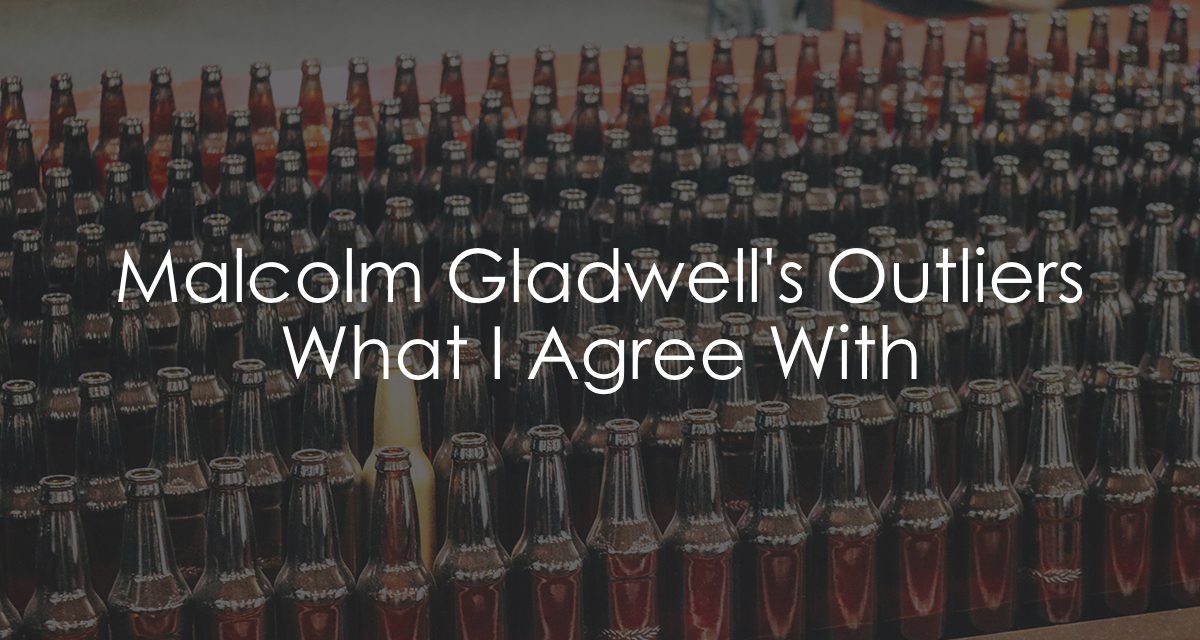 Today, I want to discuss the book Outliers by Malcolm Gladwell and what I agree with. 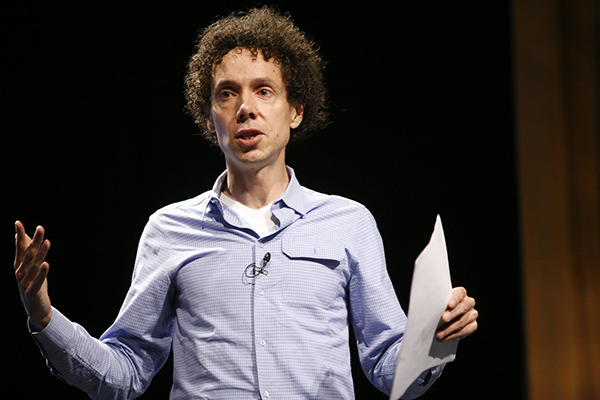 “I want to convince you that these kinds of personal explanations of success don’t work. People don’t rise from nothing… It is only by asking where they are from that we can unravel the logic behind who succeeds and who doesn’t.” – Malcolm Gladwell

Initially, I was hostile to the book. Firstly, Gladwell takes a very deterministic approach to personal achievement, and he is critical of individual merit. Furthermore, he restricts his analysis of success to the wealthy, powerful, and privileged elites. He spends little time discussing the achievements of those who overcame certain disadvantages. Lastly, Gladwell is a collectivist. He wants happiness, accomplishment, and pride shared amongst the populace or “society.”

However, I took the time to reflect on agreements with Gladwell. For example, I agree with Gladwell’s opinion on IQ. Therefore, my reflections are the subject of this first post. Next week, I will discuss my disagreements.

Lastly, I want to explain my reasons for writing this analysis. Above all, I want to explore my ideas and gain a deeper understanding of my initial hostility towards the book. Secondly, I want to offer a contrarian, authentic voice. Outliers has impressed many people who like to undercut individual success. However, I believe it is worthwhile to discuss honestly and openly why Gladwell’s collectivistic and deterministic principles are neither healthy nor sustainable. 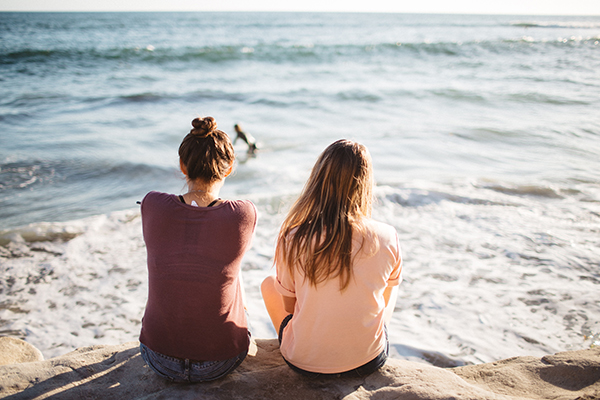 “You do not make it alone” is a constant theme running through Gladwell’s book. Although his conclusions are wrong, I believe this idea is correct. Individuals should be loyal and grateful. Let’s start with loyalty.

You do not climb the ladder of success alone. If you are fortunate, you have family, friends, and a virtuous community to help you. If you are unfortunate, you only have the wise words of the dead to carry you forward. However, you are inspired and assisted by others. 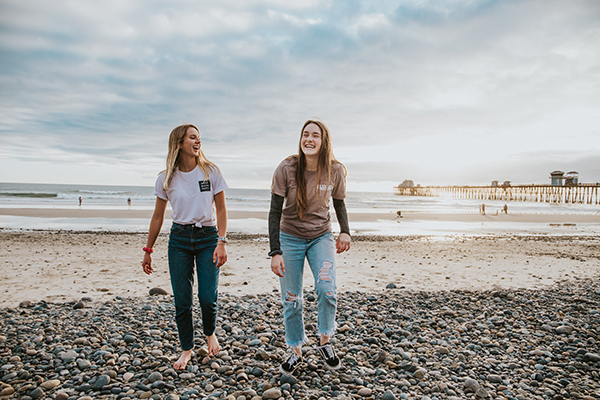 Therefore, you must be loyal. Loyalty is a commitment to virtuous ideals and people. If your friend helps when you’re struggling, then you need to return the favor. Similarly, if a thinker inspires you to be a better person, then you must take their wise words to heart and improve your behaviors.

However, loyalty should never be blind. Abusers, manipulators, and charlatans do not deserve your loyalty. Additionally, you should not be committed to members of your race, economic class, gender, or other arbitrary identifiers. You should be loyal to virtuous people, not unchosen realities. Furthermore, you are not obligated to repay people for involuntary interactions. For example, you do not owe your abusive parents undying loyalty because they kept you alive for 16 years. They decided to have a child, and you owe them no obligations. However, if they are good people, reasonable, fair, and virtuous, then you need to treat them kindly and assist them when reasonable.

Gratitude and Respecting your Blessings 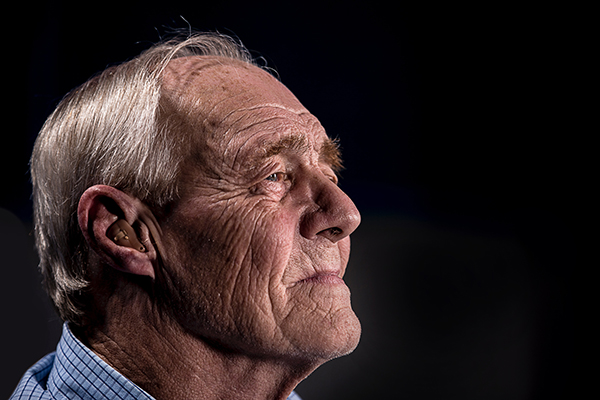 Be grateful for the sacrifices others have made for you.

Be grateful for what you have. Your life is built on the sweat, blood, and tears of countless generations. They have wisdom, and their efforts should be respected.

Of course, your gratitude, like your loyalty, should not be blind. Yes, having roads is incredible, but the instability of our infrastructure does not deserve respect. Yes, we should be grateful for brave soldiers, but we need to constantly and consistently criticize the warfare state. And yes, you should be thankful to your parents, but you should challenge their outdated ideas. Gratitude and loyalty do not mean blind allegiance. Be grateful for others, but don’t become blind to their flaws.

Furthermore, you should direct your gratitude towards individuals and not amorphous blobs. Gladwell talks incessantly about “society” but “society” is made of individuals. Some individuals contribute more to the wellbeing and flourishing of your life. You should thank these people, not “society.” 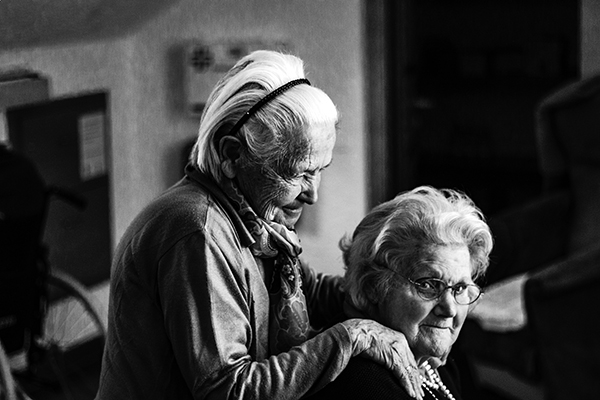 Be grateful, but not blind.

Lastly, evil is still evil. Am I grateful for the infrastructure we have as a nation? Of course. However, is the current political system built on manipulations, predation, and exploitation of the unborn through national debt? Yes, yes, it is. So, I will understandably bring more critiques than gratitude.

Furthermore, because someone treated you well does not mean they have complete control over your life and where it goes. A kind-hearted, virtuous parent does not decide what you do for a living. Your parents should not shame you for choosing your unique, noble path.

Remember, if someone expects something in return for the good things they did then cut them a check and ask them to leave you alone.

We have to understand the effects of our past 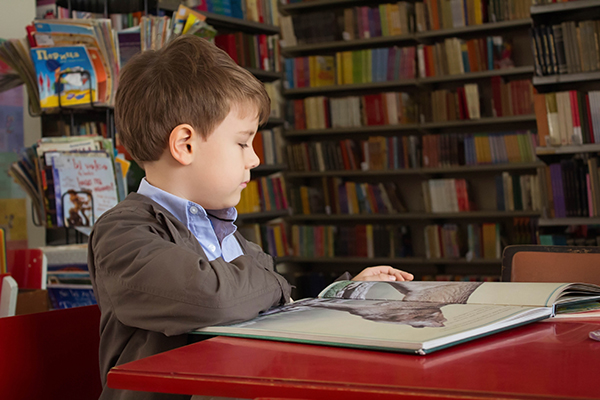 If your past is unexamined, it will define you.

“We overlook just how large a role we all play–and by ‘we’ I mean society–in determining who makes it and who doesn’t.” – Malcolm Gladwell

Gladwell is a determinist, and this presents a host of philosophical problems. However, he does highlight an essential aspect of self-improvement: where we come from affects who we are. Individuals, no matter how diverse, are not free from the influence of culture, family, and upbringing. The difference between the individualist and the determinist is simple: individualists believe we can change our story.

Gladwell is locked in presenting how the fortunes, benefits, and successes of men like Bill Gates was a product of Gates’s upbringing. Fair enough. I completely agree that being surrounded by financially sound people will increase your likelihood of being frugal. However, as an individual, you can still choose to be wasteful with your resources. Similarly, you can grow up in a financially irresponsible environment. However, you can choose to be responsible with your money.

So, I do agree our past influences us. A history of abuse has stunted my emotional growth and development. However, I identified the scars of my childhood and worked to fix them. Furthermore, I recognized the dead-end nature of the environment where I lived. Once again, I made a conscious effort to change my surroundings and improve my life.

Be an Outlier: If a Situation Does Not Promote the best withing You, Then Leave 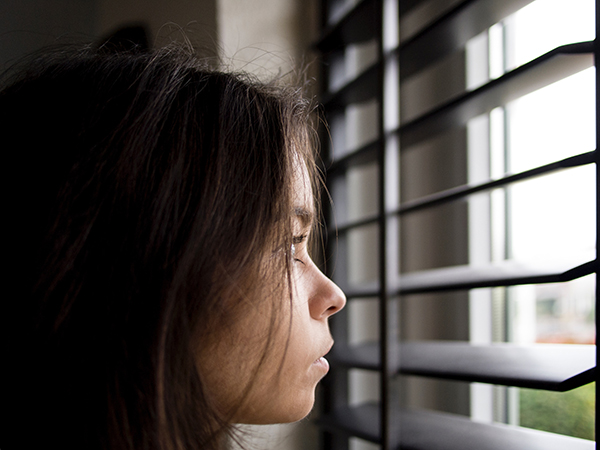 At any moment, you can change your life.

“Cultural legacies are powerful forces. They have deep roots and long lives. They persist, generation after generation, virtually intact, even as the economic and social and demographic conditions that spawned them have vanished, and they play such a role in directing attitudes and behavior that we cannot make sense of our world without them.” – Malcolm Gladwell

There is no “stiff upper lip” solution to this. An individual needs to come to terms with the horrors of his or her past. Journal and reflect constantly. Talk to people. If you need to, seek professional help. Any flaws or pains you have are usually attached to your childhood. Figure out ways to heal and do not seek blame or vengeance.

Lastly, if you are in an environment that doesn’t suit you, then leave. Don’t make excuses or stand behind false loyalty. You must pursue virtue and if there is no virtue where you are, then make an effort to leave. 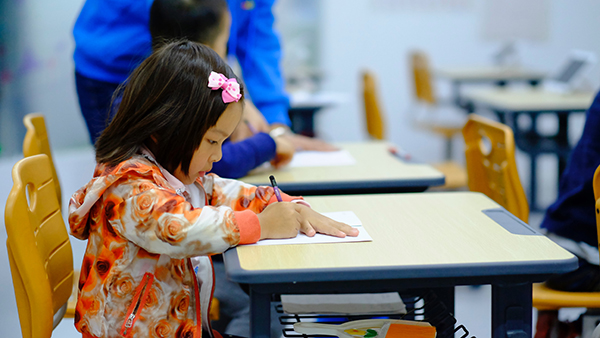 Gladwell is 100% correct when he identifies there are keys to success. Some people do accomplish and achieve more because there are systems in place to help them do so. Therefore, we should identify these systems, then recreate them as much as possible. 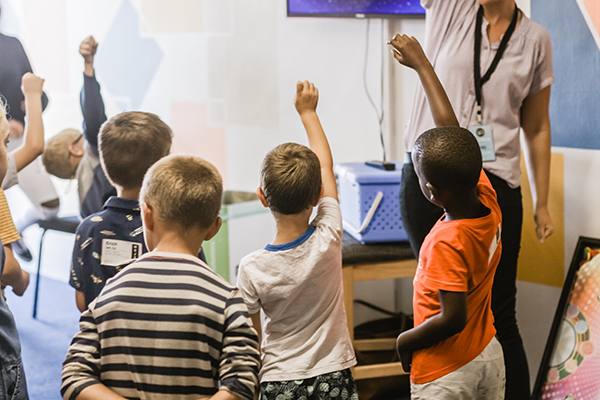 Of course, this sheepishness is a problem. Therefore, there has to be an active effort for change as well as an establishment of standards. In the child-rearing example above, the solution is not to punish assertive children. The answer is to help all children to be confident and stand for their values. Additionally, we need to admit certain parenting practices are better than others and that the poor as well as the wealthy and middle-class need to adopt these standards.

Changes like these are not easy, but they are essential. The top-down approach to systemic success always leads to corruption. Therefore, we have to cultivate success within individuals, no matter how painful and prolonged the process is.

Therefore, “we” – that is society – should focus on financial responsibility, peaceful parenting, journaling, negotiation, and other positive behaviors and standards. We know what causes success. Therefore, we should universalize high standards as much as reasonably possible.

IQ is not the end all be all 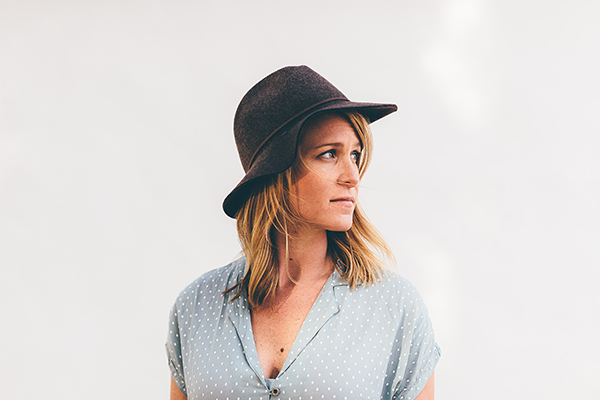 Your virtue, character, and standards define you before anything else.

“In fact, researchers have settled on what they believe is the magic number for true expertise: ten thousand hours.” – Malcolm Gladwell

IQ is a hot-button issue, and I applaud Gladwell for tackling it. His discussion of IQ is my favorite part of the book, and he does an excellent job of arguing why it is not the end all be all.

IQ is limited. Raw intelligence can only get one so far. As Gladwell points out, practical and emotional intelligence are just as important as IQ. Only focusing on a numerical identification of one’s value is short-sighted and dehumanizing.

Furthermore, Gladwell provides examples of a multitude of impressively intelligent people who are either broken, evil, or not impressive. Chris Langan has one of the highest IQs alive, and he spent most of his life working as a bouncer. His impressive IQ has not taken him to the stars, and he has been bogged down by his broken, abusive childhood. J. Robert Oppenheimer was brilliant. He also tried poisoning a tutor before he helped build the atomic bomb which killed hundreds of thousands of civilians. Lastly, Lewis Terman gathered a group of high IQ kids known as “Termites” and educated them. Despite their high intelligence, most of these students lead very unimpressive lives, and I’ll bet money you’ve never heard of any of them.

Therefore, character and virtue are more critical. Yes, your intelligence is not irrelevant, but who you are, the character you build, and the virtues you practice define you more than your genetics. As I stated before, I agree wholeheartedly with everything Gladwell argues for in this section.

Next Week, I Will Discuss My Disagreements with Outliers 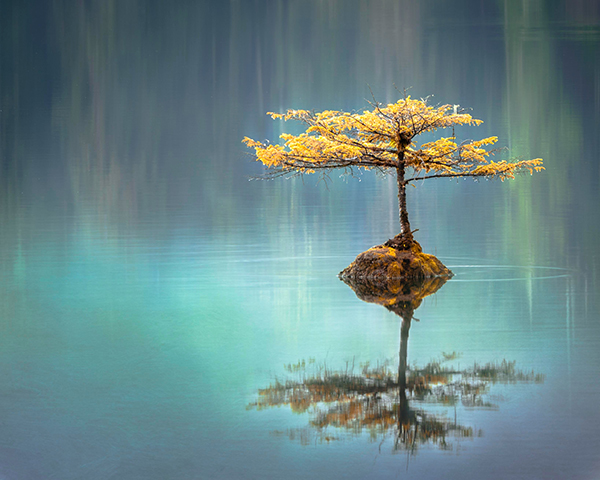 To be an outlier, you must become an individual.

Outliers was an interesting read because I found myself nodding as often as I shook my head. Gladwell has a casual writing style, and the logic of his arguments is easy to follow. However, I find Gladwell’s conclusions and sense of life disappointing.

Next week, I will explore my disagreements with Gladwell’s book and his sense of life. I will cover his deterministic attitude, his envy, his obsession with the rich and powerful, and his ignorance of history. 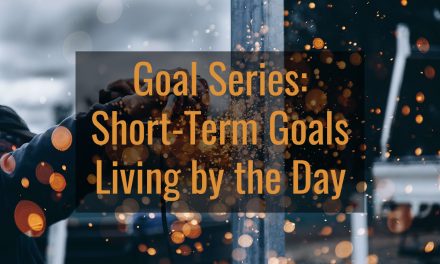 Short-Term Goals: Living by the Day 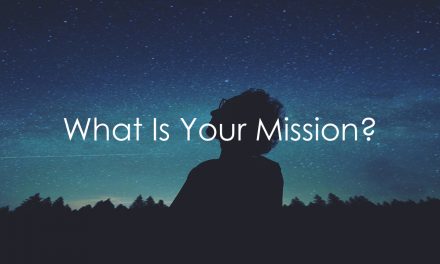 What Is Your Mission? 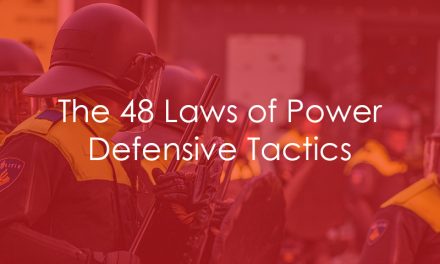 The 48 Laws of Power – Defensive Tactics 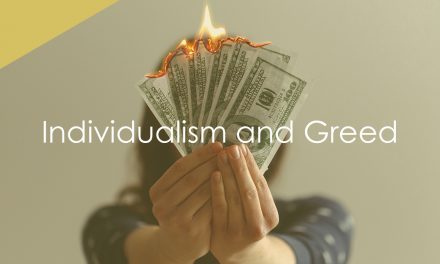