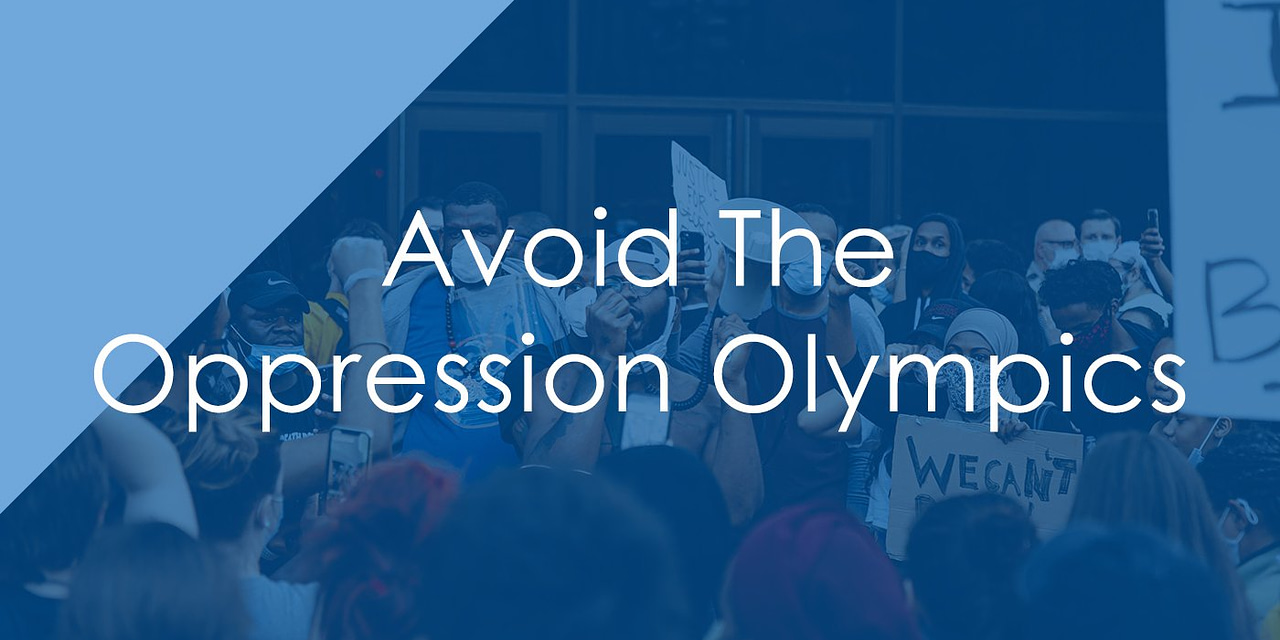 Today, I discuss the Oppression Olympics, what they are, why they’re horrid, and how to avoid them.

What Are The Oppression Olympics?

The Oppression Olympics are when people fight to be the most “oppressed” individual in any given situation. People will focus on their race, sexuality, national origin, religion, and other identity markers in a desperate attempt to appear worthier of pity than others.

To be “oppressed” is to be under the control and abuse of legal, social, and political forces. The oppressor subjugates you because of a chosen or unchosen identity.

As with all other collectivist ideas, the Oppression Olympics and the conversations surrounding privilege and intersectionality are nonsense. We are the freest, most prosperous human beings to ever live on God’s green Earth. Only our vices oppress us.

Why Do People Participate? 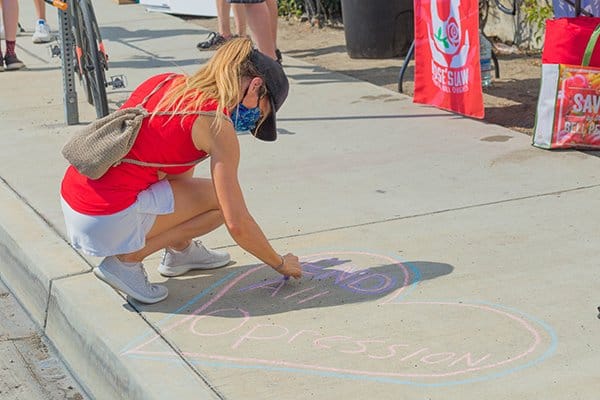 All the Oppression Olympics has accomplished is a weaker society. We are less capable of helping real victims. We worship our weaknesses and narcissistic tendencies. And we have destroyed a high-trust culture that took generations to build. All so we can avoid a little responsibility.

Our society is unwell. We value weakness and cruelty over strength and virtue. Excessive comfort has made laziness and consumption the law of the land. In such a society, people worship their vices. Society does not reward men for creating, producing, and building because such productive, virtuous actions create shame and guilt in those addicted to sin.

But how does one prove his greatness if virtue is not valued? Through victimhood. Instead of seeing triumph over trauma as a moral good to be celebrated, we value the man who wallows in pity and despair. Why? Because we can pity the pitiful man and feel better about ourselves without investing in the virtuous growth of the miserable man. We deal in false virtue, which allows us to remain comfortable while appearing virtuous.

And the supposed “victim,” the athlete in the Oppression Olympics, gets attention, resources, and support. The victim is not expected to overcome any trauma or made-up oppression. They revel in their newfound attention.

How To Avoid and Oppose Oppression Olympics

The problems with the Oppression Olympics are quite obvious. Therefore, we must focus on how individuals can oppose such games.

Such opposition is not easy and will require a substantial amount of bravery. However, the more reasonable people push back against these pointless games, the less effective they become.

Never View Yourself As A Victim

“Think of responsibility as a blessing, not a burden.” – Haresh Sippy

Being oppressed does not help anyone. I was sexually abused and raped as a child. I still deal with the fallout from that abuse. But I have committed myself to dealing with such trauma positively. I do not use my trauma as a shield for my poor behavior. I do not use my suffering to “one-up” others and silence them. And I do not view myself as a victim.

If you do not view yourself as a victim, you become the hero of your story. You overcome your abuse instead of recreating or basking in it. The process of subduing is different for everyone, but the crucial goal is to move forward.

And don’t create grievances out of thin air. For example, black people pretend as if their now-living white neighbors personally enslaved them. Such a ridiculous premise is used to distract from the failures within the black community. Instead of dealing with that communal trauma, we lash outward, hoping to use our ancestors’ pain as an excuse for poor behavior. But it’s a lie. We paint ourselves as victims to avoid responsibility.

Never Let Others Paint You As An Oppressor 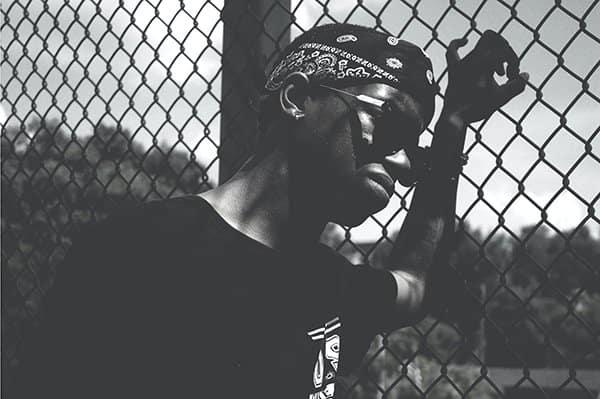 People always focus on inconsequential things outside of their control. They never focus on the mountains of opportunities.

On the other hand, never let yourself be painted as the oppressor. The Oppression Olympics requires the oppressed and the oppressor – rob these stupid games of both.

For example, when we look at parenting, childhood development, schooling, and so forth, women are the primary caretakers of children. They are the hands that rock the cradle and instill life lessons in developing minds. Women are more educated than men. Women out-earn men in a multitude of industries. In some elections, women have voted more than men. Women spend more money than men. Women have economic, political, social, and cultural power—the most they’ve ever had in the history of our species.

To say we live in a patriarchy is a farce. Men don’t have power and dominance over women. We can’t accept the lies.

You have to reject the narrative of the “oppressor.” No group is oppressed. Thus, there are no oppressors. The Oppression Olympics’ athletes will argue that groups are subjugated, but you must push back against this anti-individualistic premise. Individuals have too much economic, social, and political freedom, especially compared to any other time in history. Our vices oppress us—nothing else.

Virtue Is Hard, But We Are Not Victims

“Take responsibility of your own happiness, never put it in other people’s hands.” – Roy T. Bennett

Virtue is hard. It is challenging to be your best self. But what else are we to do? Wallow in our sorrows until we die? Let everything crumble to ash because we lack the strength to maintain our gifts? Paint ourselves as victims and hope such lies save us from pursuing greatness?

Believing you are oppressed will feed into your bitterness, rage, and depression. Oppressed men and women rarely contribute anything productive. And when they are criticized for laziness, they attack their more “privileged” friends, neighbors, and family.

So, defend yourself against the game. Don’t play it and mock those who do. Only through such courage will we improve our society.

How to Retain Your Individuality