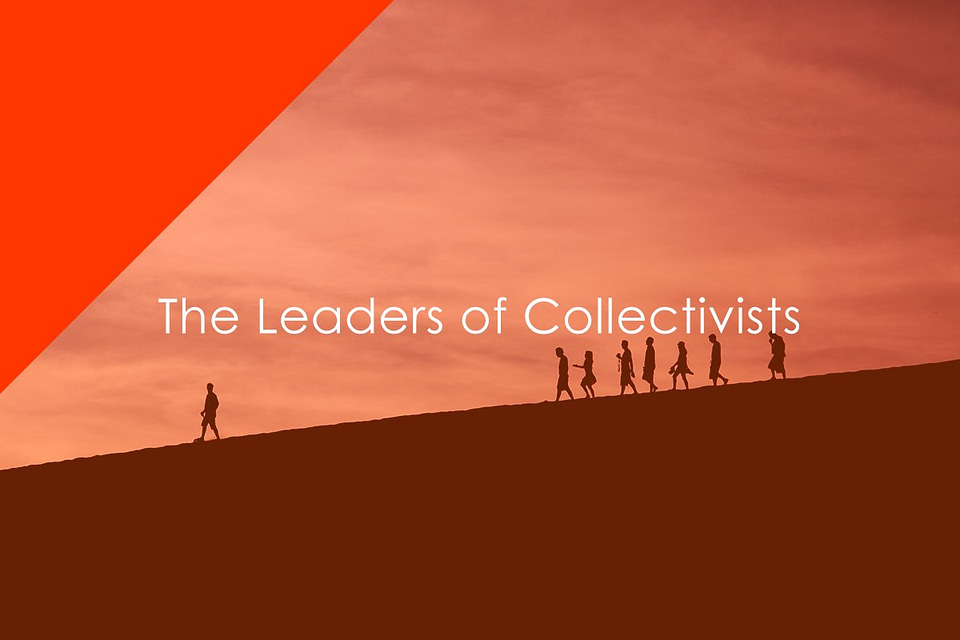 This week, I discuss the leaders of collectives, their purpose, and how to oppose them.

An Introduction To Collectivism and Leaders 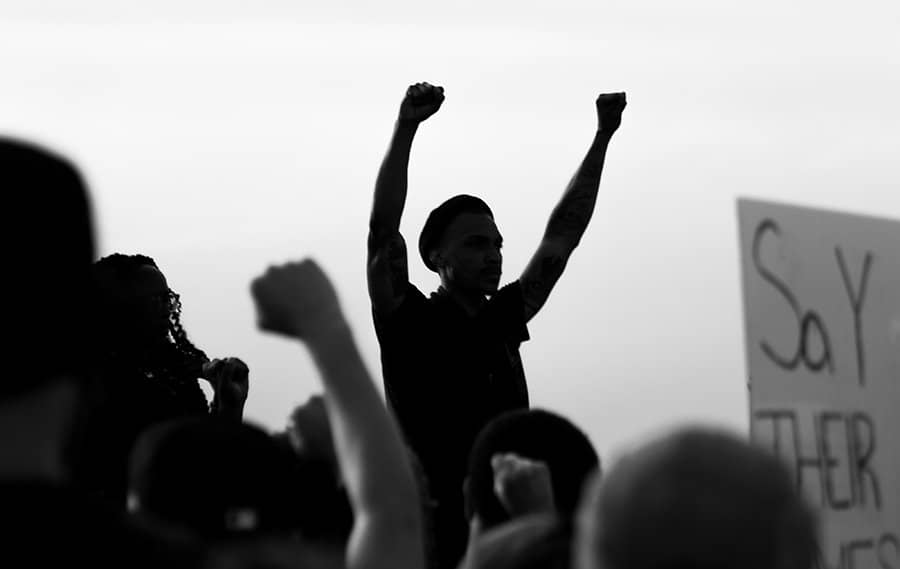 Collectivists need to be told what to do. They possess no original thought, no empathy, and no sense of self.

These representatives are not wrong in principle. A club needs a leader, a set of rules, and a clear purpose. However, collectives such as clubs, churches, and friend groups are voluntary. When leaders lead arbitrary collectives, then we see an abuse of power.

Leaders can represent any compelled collective based on race, nationality, gender, economic class, and so forth. This situation isn’t ideal because these identities are involuntary (such as race) or require immense effort to rectify (such as nationality or economic class).

For example, I do not choose to be black. However, multiple “representatives” or leaders define black culture, what black people should value, and how others should view black individuals. This power is a problem because no one voluntarily decides their race. Who I am as an individual is secondary to what collective I am a part of. And this collective is led by people who may not share my values or ideals. Thus, others define my life instead of my will, decisions, and virtues.

What Is The Purpose of These Leaders? 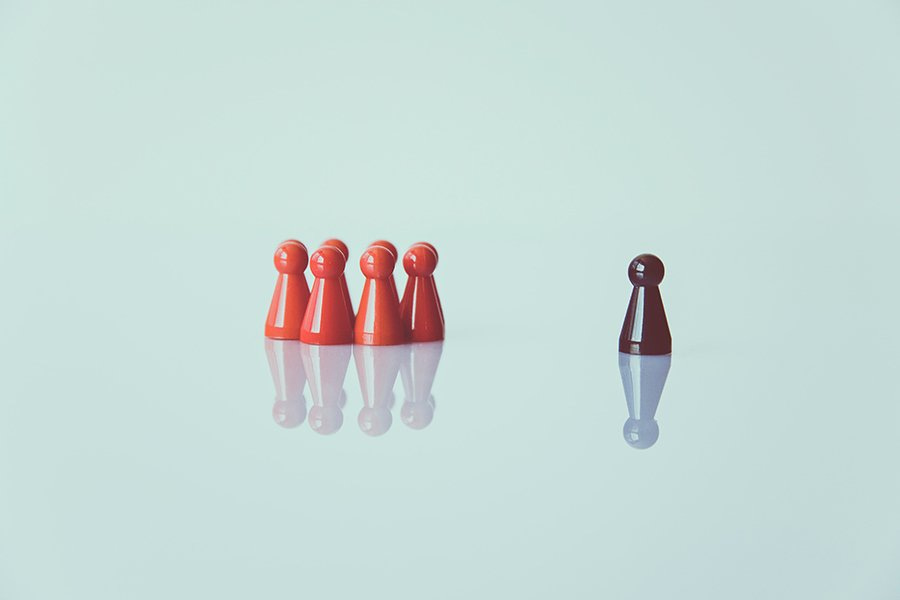 To be led is the greatest achievement of a collectivist.

The entire point of collectivism is to give weak individuals power over the lives of others. One on one, weak individuals cannot subjugate their more productive and virtuous brethren. But, if gathered into a mob, their power is much more effective.

And that mob needs a leader. All weak individuals prefer to be led. They do not want to be masters of their destinies. And the leaders they follow will justify weak individuals’ envy and wrath. Therefore, leaders exist to give intellectual and moral justification for the addictions and weaknesses of their followers.

“Our chief want is someone who will inspire us to be what we know we could be.” – Ralph Waldo Emerson

Representatives of collectives argue for the comfort of the sheep they lead. Representatives will tell weak individuals society is rigged against them, they are justified in taking what they haven’t earned, everything is unfair, and so forth.

For example, a man is living in a lower economic class. Being born poor is not his fault and remaining in poverty angers him. However, he is responsible for his actions and achieving upward mobility. But he is too weak-willed to change the course of his life.

But a leader of the “working class” can come along and tell him that the system is rigged. This argument gives moral and philosophical justification for the man’s lack of persistence, courage, and fortitude. According to the logic of the working class leader, the man is not at fault for his tardiness, poor attitude, or lack of goals. If he is not responsible, then he does not have to change himself, his choices, or his behavior. Thus, virtue and personal responsibility are outside of his control or, at the very least, will not help him in achieving success.

Such fallacious arguments are difficult to justify alone. One needs a “working class” leader to give charisma and social weight behind these arguments. Once the leader has justified these ideas, the next move is to rally the troops.

A collectives’ representative provides moral and philosophical justification for the poor behaviors of individuals within a group identity. Without a leader, these weak individuals are scattered to the wind. With a leader, weak individuals will riot, corrupt our political and legal systems, and steal from the innocent.

Stand Against The Leaders And Their Sheep 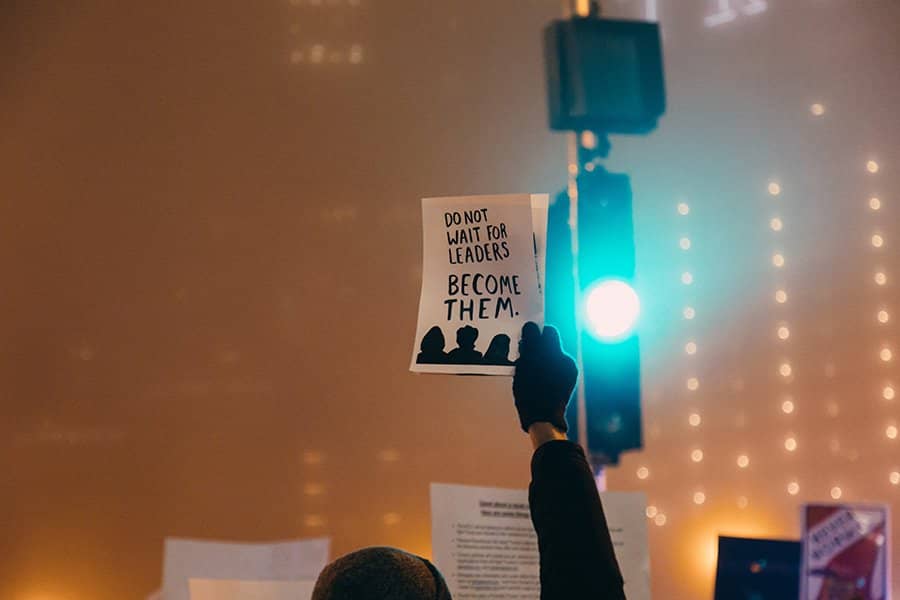 You do not have to beg at the feet of leaders who do not care for you. Take control of your life and become the strong individual the world needs you to be.

“Keep your fears to yourself, but share your courage with others.” – Robert Louis Stevenson

So, what should we do? Firstly, engage in voting and politics as much as you can stomach. You should never vote with the delusion someone will make your life better. You should vote to slow society’s eventual decline.

Secondly, push back against others within your personal life. Black and “anti-racist” white people call me Uncle Tom, coon, and house negro because I argue black people do not suffer because of skin tone. They suffer because of individual iniquity and vice. I challenge the black community’s “representatives” and their narratives. Such opposition has and will cost me, but it is essential to stand against these fallacious arguments.

Thirdly, never let yourself be boxed in. Never define yourself by what you do not choose and cannot control. You are not “poor” or a “woman” or “gay.” These things are irrelevant when compared to your virtues, work ethic, and character. Do not follow our modern world‘s identity politics.

Lastly, take care of yourself. Get in shape so you are more confident and capable of defending yourself. Achieve your goals, so your mindset and attitude improve. Practice emotional control, so you are always thinking and acting well.

Our world suffers because leaders have justified the vices of their flocks. If we wish to survive as a civilization, we need everyone to be responsible and working at their best. They can’t do that if they have a leader justifying their weaknesses.

How to Become an Outlier

The Value of Setting Monthly Goals