Do not waste honesty on the unworthy 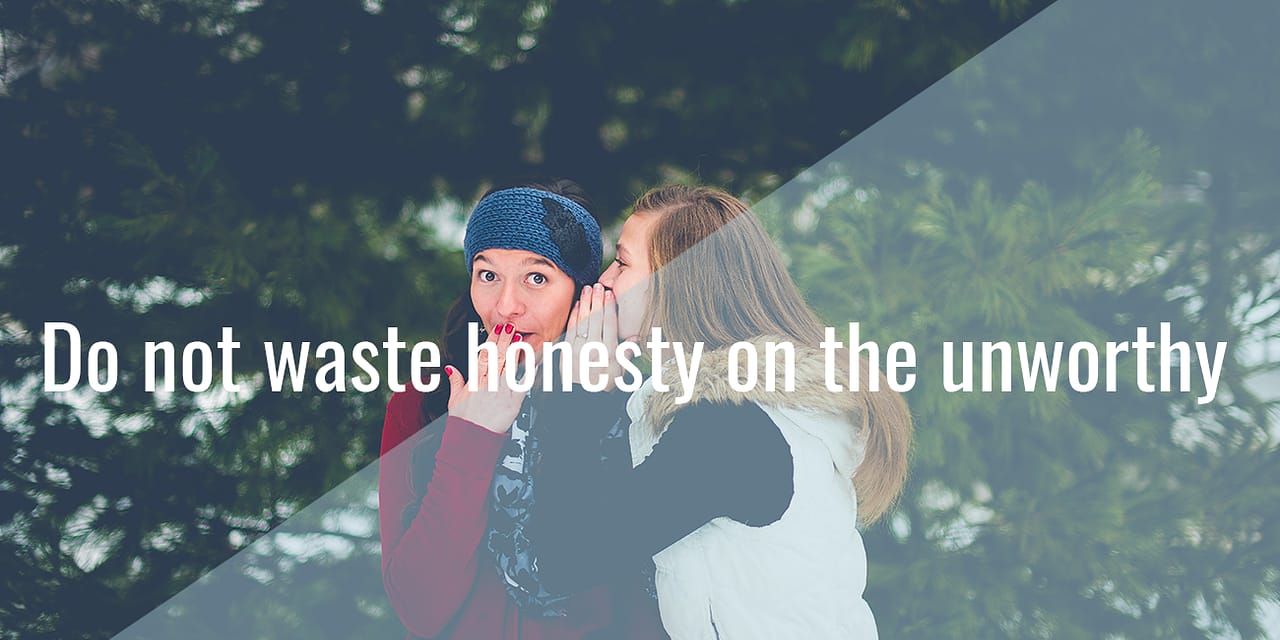 Today, I want to cover telling the truth, lying, and the implications of honesty and dishonesty.

I’ve always been a cautious supporter of Christianity. I admire many teachings about sacrifice, humility, and charity. However, I disagree with the finer details surrounding the sovereignty of the individual.

However, I’ve read many Christian works that have changed my life. Mere Christianity, Finding True Happiness, The Book of Joy, multiple anti-spanking books, The Everlasting Man, Black Like Me, and many others have furthered my thinking and contemplation on life, purpose, and happiness.

One book that I never thought would radically change my mind is A Lie Never Justified by Henry Clay Trumbull. In this book, Trumbull makes a passionate and compelling argument that a lie is never justified under any condition. He primarily argues that a lie is sinful but also makes compelling secular claims as to why dishonesty is terrible for the individual as well as the health and wellbeing of communities.

Today, I wanted to tie this book to a post about honesty while exploring what it means to be truthful in a dishonest society.

Why Lying Is Bad 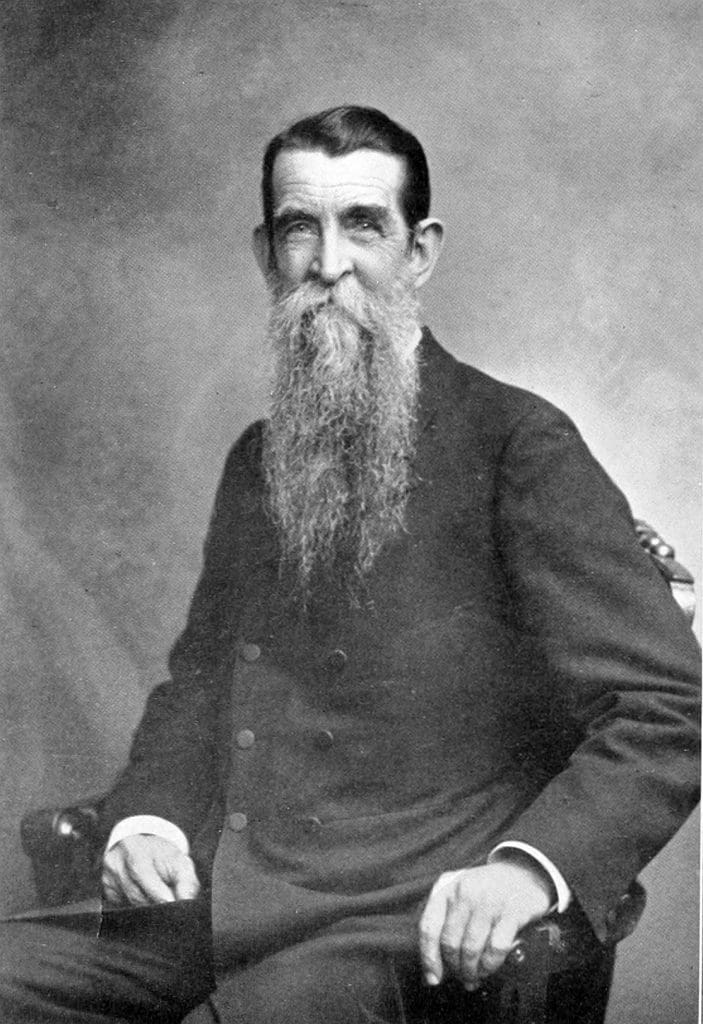 The man himself, Henry Clay Trumbull

Henry Clay Trumbull argues lying is evil because God does not lie. We are made in God’s image and made to follow God; thus we cannot tell a lie. Trumbull goes further and offers other reasons why lying is not preferable.

To start, lying harms the individual because lying forces us to deny the truth so we can appease something less admirable than honesty. Whether we lie because we want to avoid conflict or are embarrassed by our past actions, lying is often used as a means of escaping how we genuinely feel.

Lies also reveal insecurities. If we lie that we were studying hard last night instead of telling the truth that we were watching TV, we show that our sincere desire was to improve ourselves, but we pursued the easier path. Shame creates a feeling of guilt, and we’ll do what we can to avoid honesty with ourselves and others about our poor decisions.

On the larger scale, lying is bad for the society and the formation of relationships between individuals. When we create a civilization that can quickly and freely lie, we create a culture where it’s hard to trust the other person. This makes necessary transactions challenging to participate in. Furthermore, those who are truthful will be quickly taken advantage of by those who are willing to be deceitful. 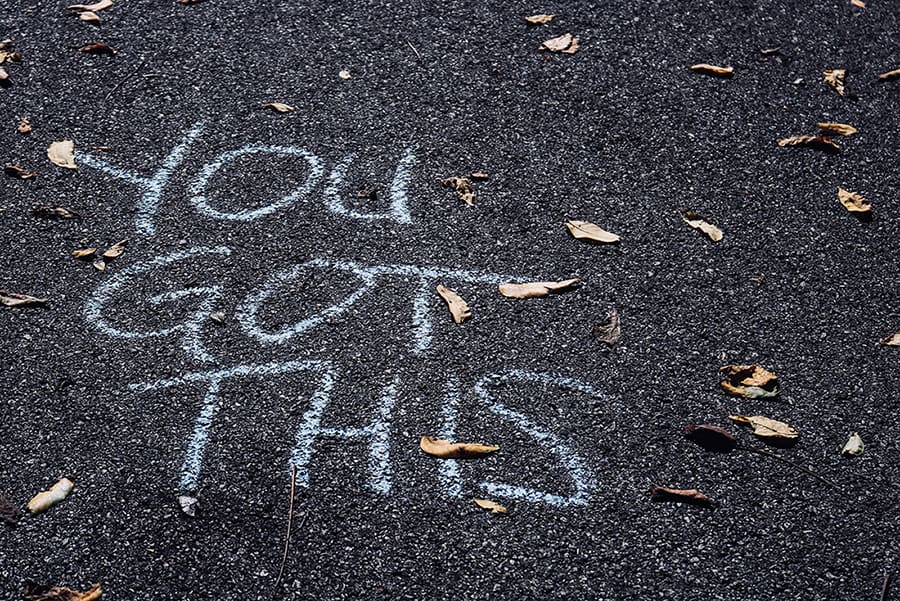 The more you lie to others, the easier it is to lie to yourself. Soon, it’ll become hard to trust your own thoughts and words.

Lastly, lying will negatively affect how we view ourselves. When we create a habit of lying to others, we will inevitably justify lying to ourselves. Suddenly, watching TV instead of studying is “justified” because I had a hard day at work. When in truth, my job was actually quite comfortable, and I can withstand hitting the books tonight.

To conclude, I know someone who was raised Catholic but no longer practices the faith. When asked if he is still Catholic, he’ll usually answer “yes” as a means of avoiding conflict or embarrassment. He may feel insecure and that his not being Catholic will reflect poorly on his character. Additionally, he worries that his lack of faith may cause an argument with his peers about spirituality.

However, he’s damaging the relationships he could be creating with others. Say he’s working at a soup kitchen and people ask if he’s Christian. He tells them “no.” For starters, people may be curious and ask him to explain his lack of faith which allows them to understand his position better. By describing his own beliefs and ideas, he will benefit from improving his understanding of himself. Furthermore, he may convince more than a few people that those lacking in faith do not fall into the cliche of being selfish or inconsiderate.

Lying has negative consequences for the self, our narrative creation, and how the culture at large behaves. It’s important to practice honest as often and as much as possible.

My honesty techniques with the unworthy 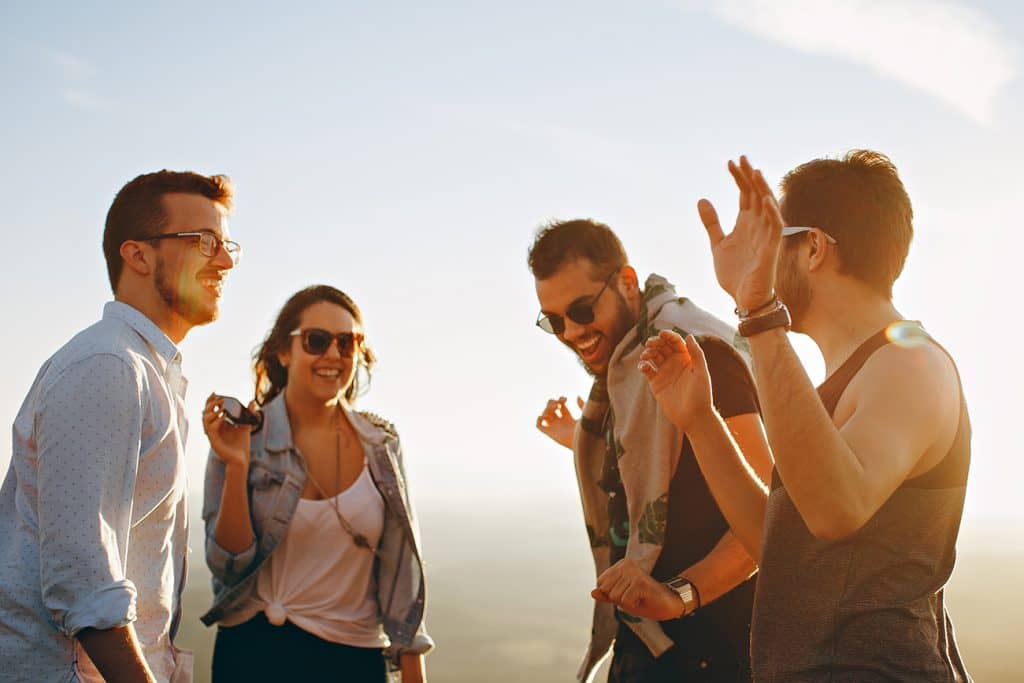 Unworthy does not imply evil. There are some people who are privy to specific information. For example, my employer can ask whether I have been stealing from the company and I am compelled to answer truthfully. However, my private life is of none of their concern, and I am more than happy to inform them of this.

I never tell people more than they need to know or deserve to understand. I don’t blather on about my past relationships nor do I serve my political view to every passerby or in every conversation, especially while at work. One way to prevent lying is merely withholding information and not freely offering it at every situation like a child desperate for attention.

To continue, people may directly seek to ask me questions that I do not want to answer. For example, someone may ask me what I did last night, and some activities may be personal. I can tell them some of the events I did but not all of them. This is the process of concealment. I am not lying or misdirecting but providing the relevant information to the questioner that they are worthy of knowing. If this person pressed for more details, I could simply tell them that I won’t give them more information and close the discussion.

Another technique I use is redirection. I may begin to answer the question before directing the attention back to the speaker, pushing the topic of conversation in a different direction. This takes the heat off me and makes the questioner discuss something else. 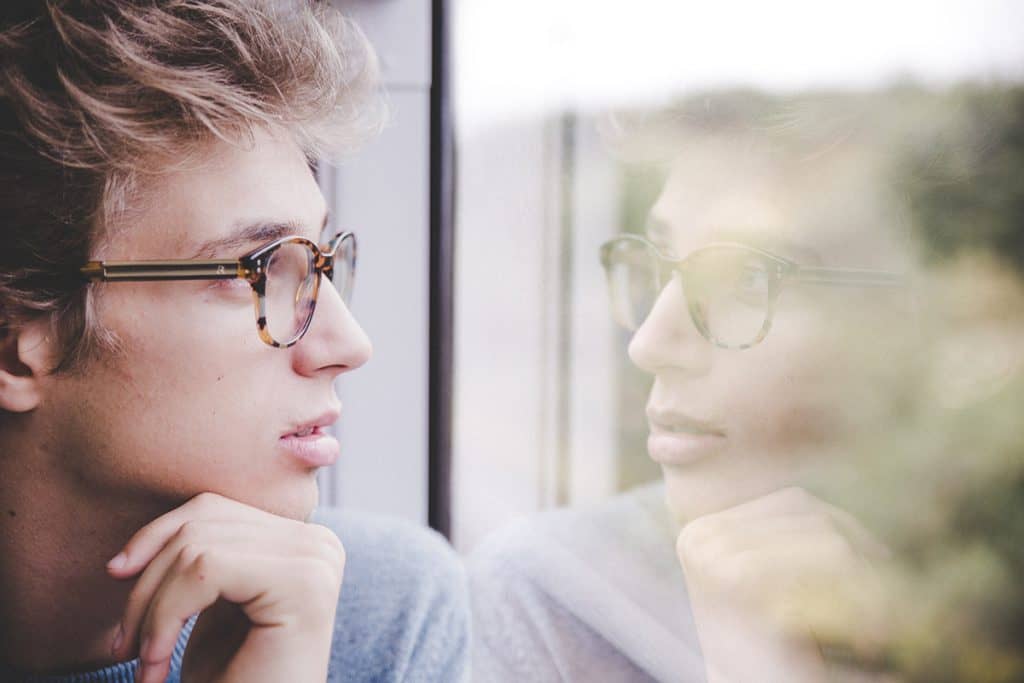 Lastly, my favorite technique is being blunt. I will tell the person that I have no desire to answer the question and inform them that they are not worthy of a response. I will describe why: whether they are untrustworthy, I don’t like them, or we’re not close enough, whatever the reason may be. Remember that bluntness is a power device and should be utilized more.

I’ve learned that the reason everyone feels compelled to lie is that we believe everyone is worthy of the truth. However, some people are not close enough to us or allowed to know certain things about our lives. Understand your worth and value, so you don’t feel compelled to give yourself and your personal details to every person. Also, develop a sense of prudence when dealing with others by never, ever being afraid to simply tell people “no.”

Be honest to the virtuous, and in desperate situations 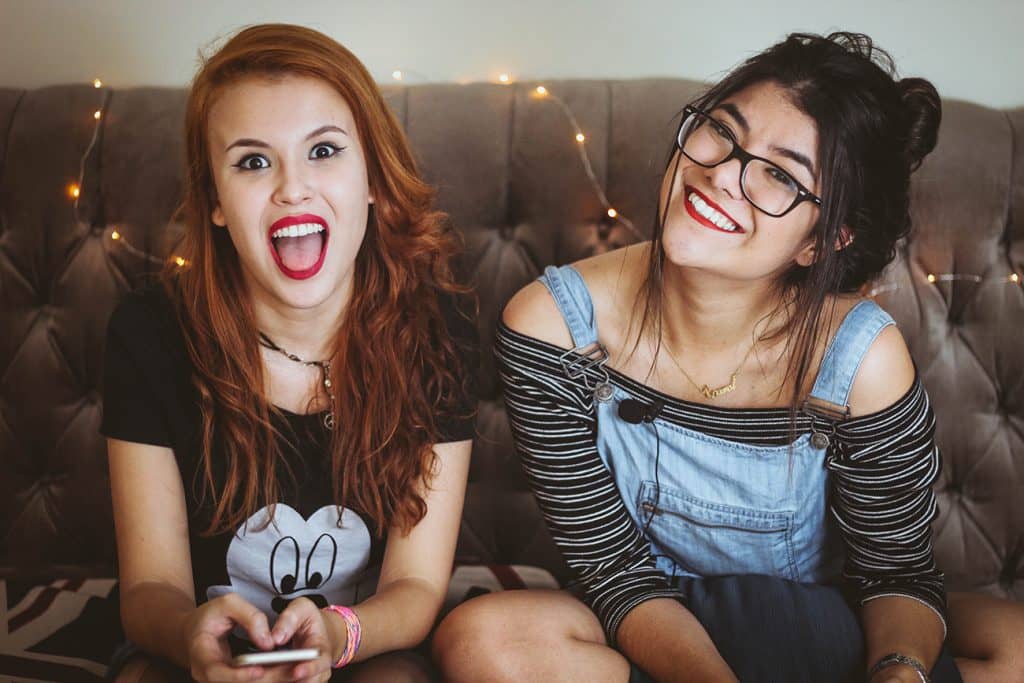 Tell the truth and you’ll live an easier life

However, you should be honest to those who have earned your trust and loyalty. Nothing is gained by being deceitful to good people, however, deliver information that you’re only comfortable with revealing. Also, understand the parameters of the relationship – a trusted work buddy may be the right person to hear your minor annoyances with a coworker, but you don’t have to indulge any weird fetishes you have. Once again, discernment and prudence are essential.

As I alluded to above, never lie to people who are in the right to know the truth. If I steal from my employer, they deserve to know whether or not I took from them. If they ask me directly, I cannot deploy a “white lie” – I have to be honest. I can evade worrying about such questioning by acting virtuously and refusing to steal from others. By acting virtuously in all areas of our lives, we can feel less shame which will decrease our desire to be dishonest.

Lastly, recognize that some people and institutions may be unworthy of knowing the truth. However, it’s easier to tell them anyway instead of belittling ourselves to lying. Do I want to be honest about my taxes? No, but I recognize that lying about my income would land me in trouble with the state, and this would negatively affect my life and my family. It’s better to concede, provide the information, and go about my day. Plus, lying would create anxiety as well as decrease my own view of myself.

We do not owe every single person the truth. However, we should always avoid lying wherever we can. Lying demoralizes our character and forces us to adhere to actions that are beneath us.

When faced with a difficult situation, simply redirect, conceal, or be blunt. These crafty tools require more skill than lying ever will.

Lastly, many people bring up the “what if a killer was searching for X” scenario and I compare this questioning to the “train track moral dilemma” or “lifeboat scenarios” – they’re pointless, moral distractions. Such extreme, rare situations do not serve our day-to-day lives. Focus on developing your individual abilities and moral fortitude on the daily struggles you actually have to face, not hypotheticals created by bored philosophers too afraid to pursue admirable efforts.

*Image credit to Wikipedia and Unsplash.

What I Learned From The Fountainhead

Weak Individuals Do Not Engage With Real Suffering