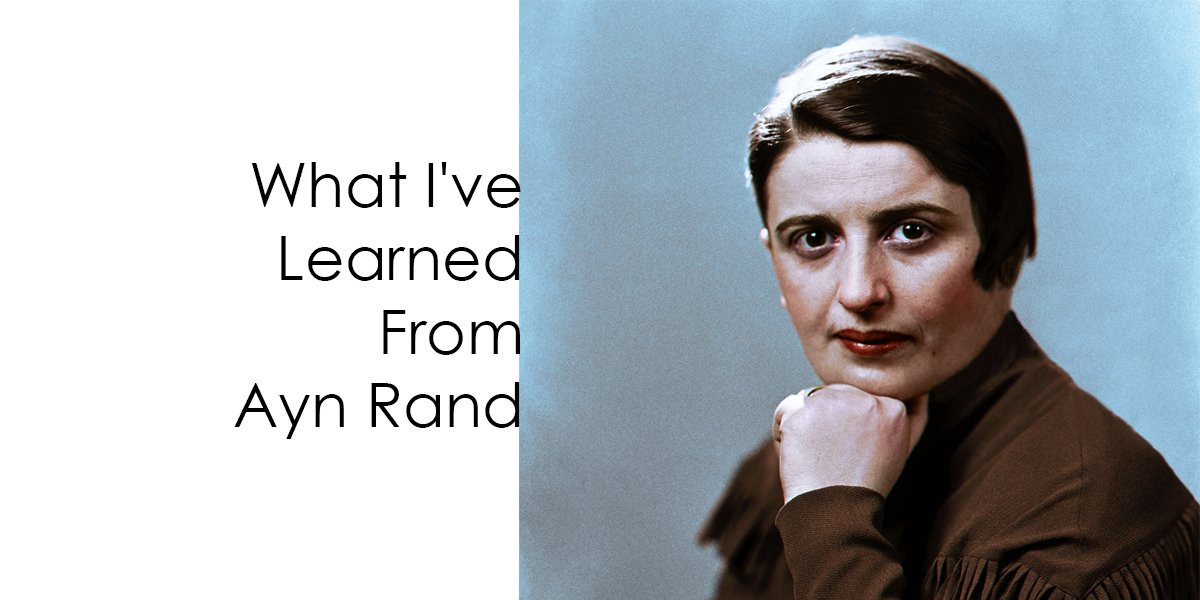 This week, I want to talk about Ayn Rand and what I’ve learned from her.

Who Was Ayn Rand? 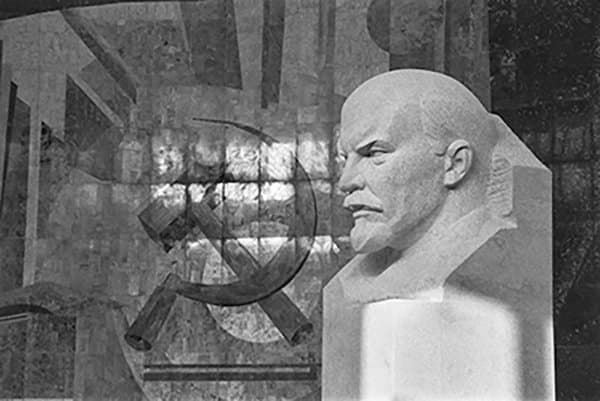 Ayn Rand was born Alisa Zinovyevna Rosenbaum to a Russian-Jewish bourgeois family in Saint Petersburg. She was one of the millions of victims of the Bolsheviks Revolution. After seizing her family’s possessions, the communists left their victims destitute.

After finishing university, Rand emigrated to the states where the skyscrapers in Manhattan moved her. Inspired, she traveled to California to pursue her writing. In the following years, she finished works such as Ideal, Red Pawn, and We The Living.

The Fountainhead was Ayn Rand’s first success and she became a household name. She finished one more significant piece of fiction, Atlas Shrugged, before focusing on Objectivism.

Rand died on March 6, 1982, from heart failure. Rand left a legacy of admiration for the individual.

I first read Ayn Rand’s The Fountainhead while in high school. Since then, I’ve read and reread her works because of the timeless wisdom her words provide. Here are the five lessons I’ve learned from Ayn Rand. 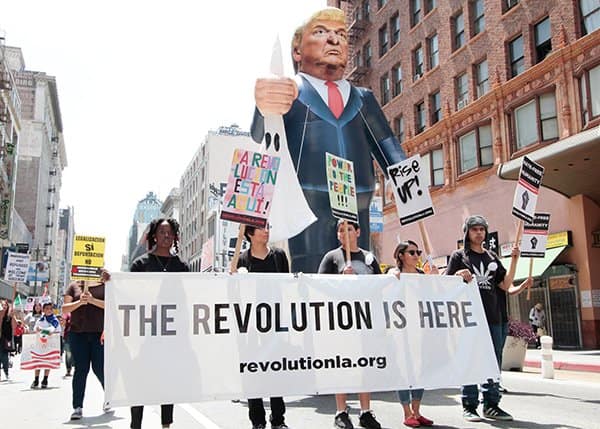 All “revolutions” are the same – collectivists desire resources and wealth they are too lazy to produce and earn themselves. They never want an expansion of opportunities or the removal of unjust power. They want the unjust power to expand and be the ones to hold it all.

“The man who lets a leader prescribe his course is a wreck being towed to the scrap heap.” – Ayn Rand

Collectivism values group identity above individual liberty. In collectivism, an individual can be abused, robbed, and discarded as long as the collective needs are served.

Few thinkers criticize collectivism like Ayn Rand. Whether in her nonfiction writing or through brilliant characters such as Ellsworth Toohey, Rand captures collectivism’s corrupted essence. She was also relentless. Morally, she investigated why altruism was a contradictory and deadly philosophy doomed to failure and individual destruction. Philosophically, she explored why collectivism cannot satisfy a man and why it always leads to tyranny, death, and disappointment. Economically, she argued why collectivism cannot provide for the needs and wants of individuals on a micro or macro scale.

Ayn Rand helped me understand the evils of collectivism and why the system must be opposed no matter where it is found or what form it takes. If we do not, then we will lose civilization to the worse among us.

2. Courage Is A Necessity 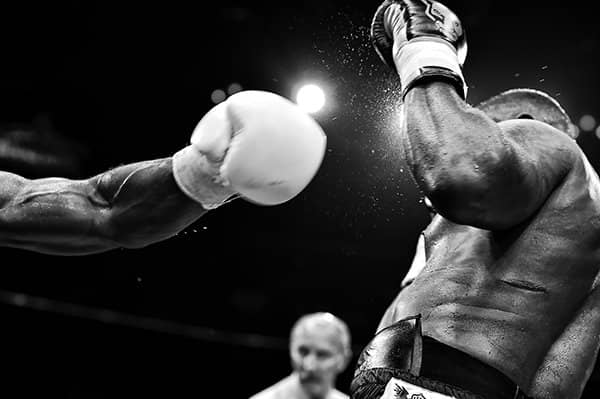 All the mainstream, extremists, and revolutionaries will do is attack you. No matter how quiet you are. Therefore, prepare yourself and have the courage to face the coming battles.

Ayn Rand starved under communism. She suffered as revolutionaries stole all she had in the name of “justice” and “equality.” Because of her sufferings, she never minced words in her writings, talks, and speeches. She consistently fought the collectivism growing during her time despite attacks and smears. Her courage is admirable.

Today, we face collectivists, statists, socialists, “anti-racist” racists, and more. Each group wishes to have what they haven’t earned and are willing to lie and cheat to justify their theft and brutality. However, I’ve learned we have to argue against the barbarians of our time. Further, we should prepare for their inevitable assaults, violence, and manipulations.

If collectivists intimidate you, read Rand and watch her interviews. You will learn to admire her bravery and use it to fuel your own.

3. The Free Market And Individual Liberty Are Essential To A Flourishing Society 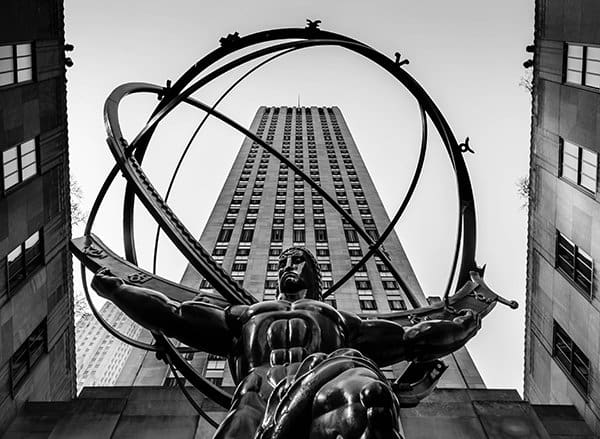 Ayn Rand taught me the world is built on the backs of the productive. It is not made by the politicians, the corporate welfare queens, or the lazy.

“Men who reject the responsibility of thought and reason can only exist as parasites on the thinking of others.” – Ayn Rand

Rand was a passionate defender of capitalism and individual liberty. She never apologized for admiring the culture, individuals, and economic systems that gave us the comforts and peace we enjoy.

Books such as Capitalism: The Unknown Ideal outline why the free market, with its respect for property rights, rational economic exchanges, and absence of government coercion, benefits everyone from the rich to the poor.

Rand made air-tight and consistent economic, philosophical, and rational arguments. Her works will provide excellent tools if you want to learn how to defend capitalism and individual liberty.

4. You Must March Forward To Accomplish Your Goals 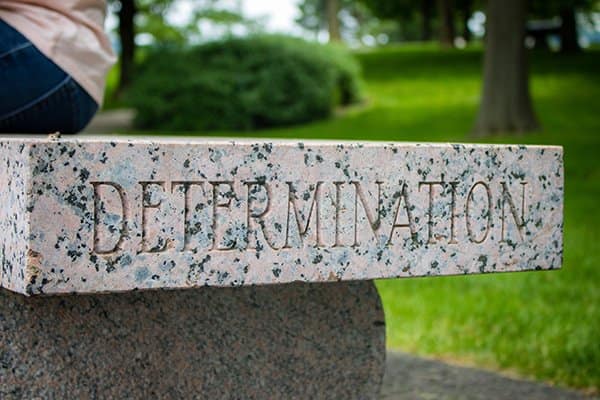 Your life is measured by your ability to push forward.

“The man who does not value himself, cannot value anything or anyone.” – Ayn Rand

Rand suffered under the Bolsheviks’ Revolution, but she did not give up. She emigrated to the states and worked tirelessly to pursue her writing. Even after her success, Ayn Rand discussed individual liberty despite opposition from the mainstream. Until the day she died, she faced countless attacks and smears. But Ayn Rand never gave up.

The world will despise you. If you believe you own yourself, then you will find few allies amongst “normal” people. If you think your property is yours, then collectivists will tarnish your reputation. If you want to be your best self, then the lazy will abandon you.

When you’re journey seems difficult, you should look at Ayn Rand’s example. She teaches me how to push forward, despite personal faults and external attacks.

5. You Are An Individual 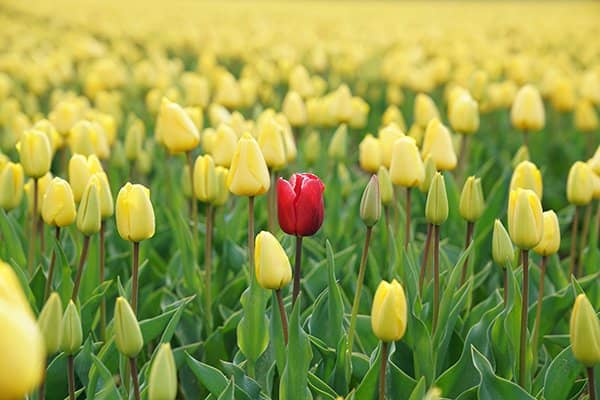 You are an individual, not a blob or member of the collective.

Through her life, writings, and arguments, Ayn Rand helped me understand I own myself. I define my life through my actions, virtues, and ideals.

Everything I listed, you can choose, refine, and change. Anything about your life that is unchosen is arbitrary, and you should view them as secondary or irrelevant. Your race does not matter more than your character. Your sexuality is less critical than your virtues. The circumstance of your birth does not define your future.

If you value yourself, you will thrive on the objective standards you have set. This lesson is the greatest I learned from Ayn Rand.

Ayn Rand Was A Great Individual 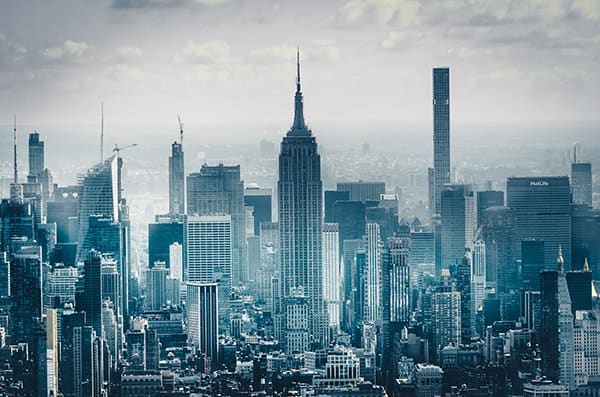 You are an individual capable of living the best life you can to the best of your ability.

“Love is blind, they say; sex is impervious to reason and mocks the power of all philosophers. But, in fact, a person’s sexual choice is the result and sum of their fundamental convictions. Tell me what a person finds sexually attractive and I will tell you their entire philosophy of life.” – Ayn Rand

As with all admired figures, I am nuanced about Ayn Rand. I don’t agree with all her premises, such as abortion. Additionally, I disagree with her personal decisions, such as her drug use and her open relationship during her marriage.

Furthermore, I do find Objectivism lacking. For example, there is little literature about children and the family, and where it exists, it lacks useful, virtuous information. Lastly, Ayn Rand was too dismissive of the importance of religion, faith, and charity.

No one is perfect. However, Ayn Rand left behind an immense legacy full of wisdom, courage, virtue, and purpose. She’ll help you understand why capitalism, individual liberty, and individualism are crucial to a peaceful, functioning society. Her philosophy, Objectivism, will give you a rational way of living your life. Her fictional works will remind you of how characters should be written – with clarity, purpose, and values.

Explore the works of Ayn Rand, and your life will improve.

“Love should be treated like a business deal, but every business deal has its own terms and its own currency. And in love, the currency is virtue. You love people not for what you do for them or what they do for you. You love them for the values, the virtues, which they have achieved in their own character.” – Ayn Rand

Goal Series Conclusion – Defining and Following the Future You Want

How the 13 virtues help you cultivate internal strength